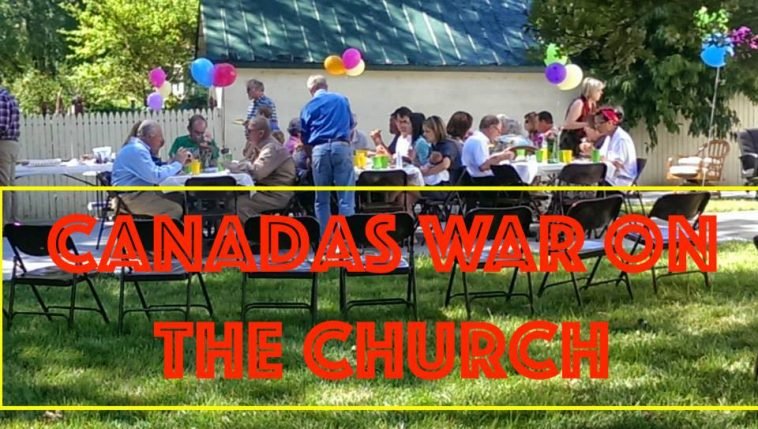 Weston Christian Fellowship Church the War on the Church in Canada

War on the Church in Canada

RCMP ticketed 26 people $2,422 each and fined Weston Christian Fellowship Church $11,622.50 for violating rules in the second lockdown that authorities put in place April 28, according to an RCMP press release.

Seventy-one people have died with a positive COVID-19 test result in the past 14 months in the Atlantic province, where 9,720 people died between July 2019 and 2020, so official coronavirus deaths amount to 0.72 percent of annual reported deaths in the province.

Though the population in the small maritime province grew by 3,551 peoplebetween the first quarters of 2020 and 2021, more people died (9,835) in the year before the pandemic began.

On May 14, Nova Scotia’s health department reported that 89 people were in hospital with COVID-19, including 21 who occupied ICU beds throughout the province. Nova Scotia Premier Iain Rankin said at a May 3 press conference that the average age of hospitalized people was “between 40 and 60.” The average age of those who died in the province is presented as a rounded figure of 80 years on the province’s COVID dashboard. Average life expectancy in the province has consistently hovered around 80.5 for the past several years.

Nova Scotians hear daily “case reports” from the provincial government and mainstream media, and the numbers have climbed in recent days – with 117 new cases reported May 14. What isn’t made clear is that half as many people in the province are testing negative than during the first wave of the virus. Thousands are flocking to COVID testing points scattered in every village and town throughout the province each day and it is easy to see from the chart on the COVID-19 dashboard below that the bulk of the 708,617 tests have been undertaken in the past month since the pandemic began.

Testing soared in April and May 2021 – spiking to nearly 20,000 tests per day in early May compared with fewer than 1,000 tests per day in the first wave of 2020. The more people test, the more cases are found, but positive cases are still now occurring at less than half the rate they were at the peak of the first wave – just over three perecent at their highest in early May 2021 compared with a peak of nearly 7 percent in April 2020.

While 97 percent of those testing for COVID are getting negative results in Nova Scotia and more than 98 percent of the 4,524 people who have been confirmed cases to date have survived the disease, the province’s chief medical officer, Robert Strang, suddenly veered to a high testing/harsh lockdown formula. The public health measures enforced in April have sent children and university students home from schools, closed hundreds of businesses and even mental health facilities in spite of the documented mental health risks of lockdowns.

Costco and Walmart stores and other large chains have remained busy with packed parking lots and lineups, but RCMP has stepped up doling out harsh punishments to individuals, including fining a man $2,422 for “non-essential travel” outside of his Halifax municipality after he was pulled over on his way to hike the Skyline Trail in the remote and sparsely populated highlands of Cape Breton.

One 17-year-old was reportedly given two $2,000 fines for failing to isolate in Bedford, Nova Scotia and RCMP officers reportedly responded to a call about a man not wearing a mask in the public area of his apartment building.

Police also fined three men from Halifax when people complained about them fishing in their community. RCMP is cracking down on churchgoers like those in the tiny farming community of Weston, where 13 men and 13 women gathered to worship on Sunday.

‘What is wrong with you?’

“We recognize the importance of faith services, of worship. But also recognize that, right now, there’s a need to do that in ways that don’t bring people together, and the vast majority of our faith leaders understand and support that,” Strang said at a press conference Monday.

“But it’s disappointing that this happened, and I hope people understand that we’re not doing this because we want to, but it’s absolutely necessary to keep people safe.”

Rankin was more authoritarian on May 2 when he taunted the 37 people who were fined in the province the previous weekend for flouting the draconian measures and not taking the pandemic seriously. “What is wrong with you?” Rankin said.

The bucolic maritime province, once known for its good-natured rural friendliness and robust tourism, has become riven with bitterness and fear.

“Those people aren’t very popular in the community right now,” a man who did not wish to be named on a farm next to the Weston church said of the parishioners who showed up to pray. “It’s a lockdown and they’re endangering lives.”

Asked if he would know there was a pandemic in his area if it weren’t for the government restrictions, he said, “Of course I would. It’s on the news every day.” 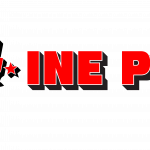 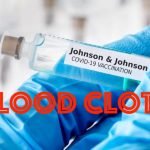