Whoopi Goldberg was suspended by ABC from her role on the talk show “The View” earlier this week after she outrageously claimed that the Holocaust was not about race. Now, former White House Press Secretary Kayleigh McEnany is sounding off to give her thoughts on this.

Tired of the ads? Go Ad-Free and Get EXCLUSIVE Content, Become a PREMIUM USER

Goldberg claimed on Monday’s show that the Holocaust could not have been about race because she believes Nazis and Jews were two groups of white people. Check out the comments that got her suspended below.

While addressing Goldberg’s suspension on Fox News, McEnany could not help but point out the irony of this entire situation.

McEnany went on to point out that Goldberg’s liberal cohost Sunny Hostin has argued on the ABC talk show that there should have “always been a zero-tolerance policy for racially insensitive behavior at work.”

“Effective immediately, I am suspending Whoopi Goldberg for two weeks for her wrong and hurtful comments,” Godwin said at the time, according to Daily Mail. “While Whoopi has apologized, I’ve asked her to take time to reflect and learn about the impact of her comments. The entire ABC News organization stands in solidarity with our Jewish colleagues, friends, family and communities.”

“These comments are absolutely abhorrent and outrageous and it’s time Disney and ABC grew a pair and fired her,” said one source at ABC.

This piece was written by James Sampson on February 4, 2022. It originally appeared in RobManess.com and is used by permission.

The opinions expressed by contributors and/or content partners are their own and do not necessarily reflect the views of Red Voice Media. Contact us for guidelines on submitting your own commentary. 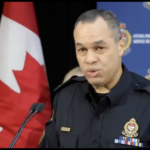 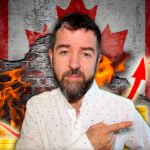