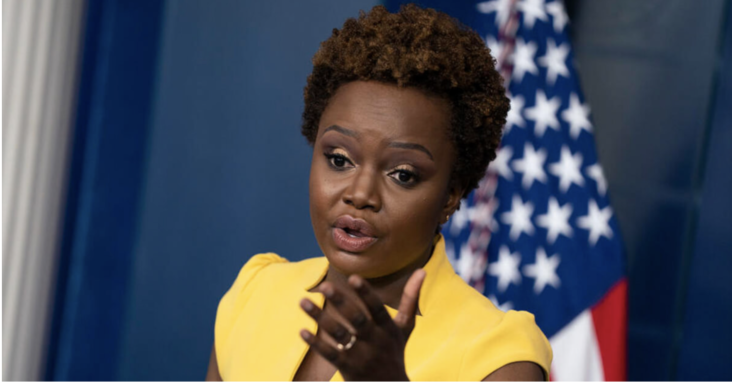 Three times Joe Biden’s principal deputy press secretary was asked whether the president had any concerns about campaigns hacking into opponents’ computer systems to gather dirt.

And three times during the White House daily briefing Karine Jean-Pierre referred all questions to the Department of Justice.

The tussle followed a new legal filing in Special Counsel John Durham’s probe into the origins of the Russia investigation. It alleged that a tech executive, linked to Clinton’s 2016 campaign, gained access to internet traffic at Trump Tower and the White House with the intention of collecting dirt on Trump.

Trump allies quickly cited it as proof of the former president’s claim he was being illegally spied on and that the Russian collusion tale was a hoax.

Watch: Hillary Clinton Confronted in Person Over Bombshell Report That Her Campaign Paid to Spy on Trump

The issue was raised at the White House briefing.

Jacqui Heinrich, of Fox News, asked: ‘Does the president have any concerns about a candidate for president using computer experts to infiltrate computer systems of competing candidates – or even the president-elect –  for the goal of creating a narrative … Is that something …’

Jean-Pierre cut her off, saying: ‘That’s something I can’t speak to from this podium so I refer you to the Department of Justice.’

Heinrich tried again: ‘Is what’s been described in that report, monitoring internet traffic, is that spying?’

‘Again I can’t speak to that report. I refer you to the Department of Justice,’ came the response.

‘Jacqui, my answer’s not going to change,’ said Jean-Pierre. ‘I refer you to Department of Justice. I can’t speak for that from here.’

The Department of Justice did not immediately respond to a request for comment.

Rightwing news organizations have accused what they call the ‘mainstream media’ of ignoring an important development.

But some internet experts say the internet data at issue – DNS lookups – are often shared by internet service providers with third parties, and their collection may not be illegal or constitute hacking.

Earlier, Trump era Director of National Intelligence John Ratcliffe claimed Biden and Barack Obama knew the Clinton campaign was trying to hack into Trump’s servers to try and find links to the Kremlin.

Ratcliffe said former CIA Director John Brennan told Obama and and Vice President Biden in 2016 about allegations Clinton was trying to fabricate Trump’s links to Russia to distract from the scandal over her deleted emails.

The former DNI also told Fox News Digital on Monday there was ‘enough evidence’ to indict ‘multiple people’ in Special Counsel John Durham’s probe into the origins of the Russia investigation into ex-President Donald Trump.

Clinton allegedly approved in the 2016 election ‘a plan concerning U.S. presidential candidate Donald Trump and Russian hackers hampering U.S. elections as a means of distracting the public from her use of a private email server,’ according to a CIA Counterintelligence Operational Lead (CIOL) first revealed when a heavily-redacted version became declassified in October 2020.

The September 2016 memo was forwarded from the CIA to the FBI to the attention of then-FBI Director James Comey and then-Deputy Assistant Director of Counterintelligence Peter Strzok.

‘What did John Brennan tell President Obama in the Oval Office in 2016?’ Fox News’ Bill Hemmer asked Ratcliffe during an interview Monday.

‘Well, I can talk about this because this part has been declassified,’ he prefaced. ‘He briefed President Obama and Vice President Biden and other members of the national security team about this specific intelligence that John Durham now has about a Hillary Clinton plan to falsely accuse and vilify Donald Trump with a scandal, and the discussion around that and whether or not it was good intelligence.’

‘And so everything that happened after that is one of the reasons that John Durham is investigating,’ Ratcliffe added.

‘Those are the issues that John Durham is looking at and I think there will be many more,’ he said. ‘I would expect there to be quite a few more indictments because of that. There wasn’t a proper predicate to begin that investigation and John Durham has said that publicly already.’ 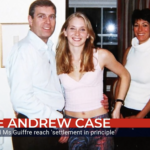 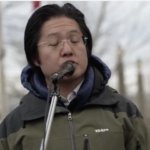