A mom in Scotland suffered a severe rash that covered her entire body shortly after receiving a Covid-19 vaccine.

41-year-old hairdresser Leigh King of Lanarkshire says she began experiencing adverse effects almost immediately after she received her first dose of the AstraZeneca vaccine on March 12.

“It was a horrible feeling,” King told the UK’s Daily Record. “Never in my life was I prepared for what I was about to experience.”

King suffered a side effect that caused her skin to break out into a painful rash that spread throughout her entire body. The condition has persisted for more than two weeks.

“My skin was so sore and constantly hot,” she described. “I have never felt pain like this it has been a horrible experience.”

“I am a very healthy person and am not on any medication or anything like that. I am not even in a vulnerable category,” she explained, adding, “I only got the vaccine as I am an unpaid carer for my son who has autism and mobility issues.”

“I haven’t even been able to care for him since I got the vaccine as I am in such pain,” King laments.

According to King, the rash has affected her relationship with her 13-year-old son, who’s afraid to come near her and has been struggling to understand what’s happening.

“At home is his happy place and I am his best pal. I got this vaccine to care for Aidan but I haven’t even been able to do that,” she says, describing the situation as “physically and mentally draining for the whole family.”

“He is seeing a specialist in Glasgow soon and I won’t be able to be there for him. I can’t be there when he needs me most.”

Although King attributes the irritating rash to the jab, she maintains she’s not anti-vaccine, but is instead disappointed in the system which has failed to rectify the situation, or warn recipients about potential side effects.

“I feel so let down on every level. I’m now waiting to see a skin specialist as it’s been such an extreme reaction and also need an eye test as my eyes are so dry… I wish there was more support for people if this happens to them.”

Oxford-AstraZeneca’s Covid vaccine rollout has continued unabated despite over a dozen European countries pausing its distribution over reports of blood clots, not to mention several deaths in Denmark, Italy, Austria, South Korea and Germany.

Meanwhile, AstraZeneca vaccine approval in the US has hit a speed bump as a scientific panel claimed the company had presented “outdated and potentially misleading” data concerning the shot’s effectiveness.

Another Case With Same Symptoms. 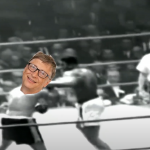 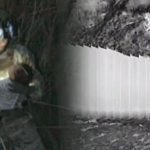 Home » Health » A mom in Scotland suffered a severe rash that covered her entire body shortly after receiving a Covid-19 vaccine.