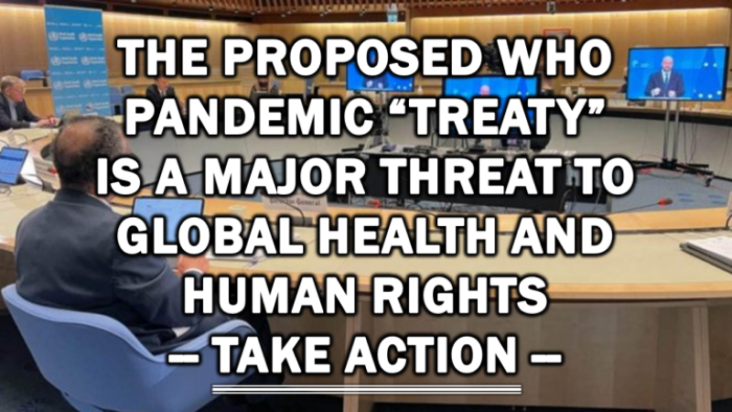 Download the letter of objection to WHO’s pandemic treaty to send to your government representative HERE.

Global public health, previously focused on community-based participation and poverty reduction, has moved over the past 2 decades to a centralised, corporatised paradigm promoting pharmaceutical-based solutions in an increasingly vertical system. This is being justified by a health catastrophe/pandemic preparedness campaign that uses fear and targeted funding to overcome its obvious fallacies.

Pandemics Data & Analytics (“PANDA”) believes that this must be addressed urgently and systematically to expose the falsehoods on which the approach is based. This will undermine the drivers of the centralisation of wealth and power that this corporate takeover of global health is supporting, which must then lead to fundamental reform of public health funding, conflict of interest management, and decentralisation of health policy.

A myth of growing pandemic risk has been promulgated over the past two decades, coincident with growing corporate/private funding and influence over the World Health Organisation (“WHO”) and the global health area in general. This is being used to leverage unprecedented funds directed to a mainly Western-centred industry growing around ‘pandemic preparedness’. It is, essentially, a massive shift in wealth through ‘aid’ funding, from Western taxpayers to Pharma-related entities, at the expense of these taxpayers, and the populations of low-income countries to whom aid was previously, at least nominally, directed. Large corporate structures, especially the World Economic Forum (“WEF”), have been very prominent, perhaps instrumental in this.

Pandemics are not increasing. However, viruses are detected more readily through surveillance (e.g., the use of PCR to increase reported Covid-19 cases). The WHO records only 4 pandemics in the 120 years prior to Covid-19.

Pandemics are not getting worse. None since 1918-19 (including Covid-19) have had a major impact on overall mortality (and especially not among young and middle-aged people). It is generally considered that most deaths in 1918-19 were caused by secondary infections due to a lack of antibiotics then. Advancements in medical care including the availability of a wide range of therapeutics have substantially reduced the risk of mortality.

Human contact with wildlife is not increasing. This is an obvious fallacy but widely used to justify greater funding for pandemic preparedness. Humans have lived closely with domesticated animals for thousands of years, and traded and trapped in the wilderness. There is now far less wilderness, far less wildlife, and human contact with wild animals is concentrated in fewer areas.

Large historic outbreaks were probably bacterial. Bubonic plague is a bacterial disease (Yersinia pestis – the cause of the Black Death and Jusitinan plagues among other outbreaks). Cholera was a major cause of outbreaks in several countries during the 19th century.  The most deaths in the last high-mortality pandemic, the 1918-19 Spanish flu, are thought to be due to bacterial secondary infections. We now have antibiotics and knowledge of clean water that will prevent a recurrence.

The WHO Director-General (Tedros Adhanom Ghebreyesus, 18 February at Munich Conference) stated that $31B/year is warranted for pandemic preparedness (to be ready for the ‘next one’).  Bill Gates Jr. has talked about $3B/year for a ‘WHO-like body’ to coordinate. In context, the Global Fund spends less than $4B/year on malaria, tuberculosis, and HIV/AIDS combined.   The annual WHO budget is roughly $3B.

In global health terms, this is a staggering amount of money. Tuberculosis (TB) kills ~1.6M every year, at a far younger mean age than Covid-19. Malaria kills nearly 400,000/year, mostly young children. Spending on each of these globally is in the $3B/year range. Converting recorded mortality to normal disease burden metrics – disability-adjusted life years (“DALYs”), each of these has roughly a 10 times greater burden annually in sub-Saharan Africa.

The proposed International Treaty on Pandemic Prevention and Preparedness builds on the growing reach of the International Health Regulations, in transferring more power to WHO to declare emergencies and then require countries, under treaty obligations, to follow WHO instructions.

This proposed treaty raises a number of fundamental concerns that we believe should lead to its immediate abandonment.  Read more about why the WHO pandemic treaty must be stopped in the introduction to a letter objecting to the pandemic treaty prepared by David Bell and published by PANDA.

Please use this letter as a template to write to your Member(s) of Parliament to alert them to your concerns regarding the proposed WHO pandemic treaty. The letter is intended to stimulate discussion within parliaments on key issues. The concerns raised should be relevant irrespective of the attitudes of the Member to efficacy of various aspects of the Covid-19 response.

It is essential that debate moves on from disagreement on specific public health interventions, and addresses the longer-term issues of sovereignty and risks of conflict of interest. There are ways for countries to cooperate together in public health without subverting laws and democratic processes that many have fought to achieve over previous centuries.

Download the letter of objection to WHO’s pandemic treaty to send to your government representative HERE. 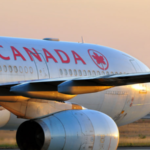 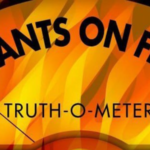