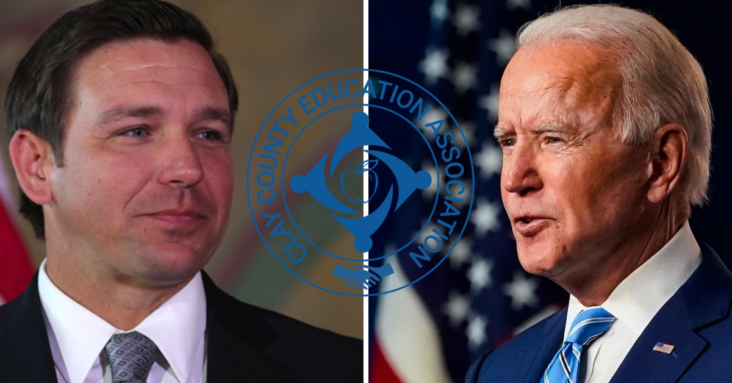 Florida’s Department of Education issued a memo to all school districts in late July explaining that they were not required to comply with the Biden administration’s proposed changes to and interpretations of Title IX and Title VII. Those changes would require schools that receive federal funding to allow boys and girls access to opposite sex bathrooms if they identify that way. Under Biden’s Title VII interpretation, funding would be withheld from lunch programs that do not comply.

The local teachers union, however, backed by the National Education Association which donated heavily to the Biden campaign, then issued their own contradictory guidance in a memo obtained by The Post Millennial. In so doing, they indicated that the “guidance” issued by the Biden administration had actually been enacted as federal law, which it has not been.

“Making your voice heard,” the union writes, “If you are engaging in protest activity, do so outside the classroom and school and, preferably, with one or more of your union colleagues. Acting with other colleagues provides an additional level of protection, as you are engaging in a union-organized activity.

“While students may engage in student-led and organized walkouts and protest movements at school, school employees should not use their position in school to participate in, encourage or discourage student activism.”
The union also looks to help teachers fend off parents who may issue concerns about gender identity indoctrination in their classrooms, saying that the law is very specific as regards parent complaints.
“One aspect of the law that didn’t generate as much media coverage is that now schools must adopt a complaint procedure through which parents may raise ‘concerns’ with the principal or principal’s designee regarding student welfare,” they write, discussing the timelines of the complaint process.
“If your administrator notifies you that you are the subject of a parent complaint, contact your union representative right away. Because of the strict timeframes laid out in the law, your administrator may try to force you to meet without your union representative, but it is essential that you enforce your Weingarten rights,” the union states.
“The Department,” Diaz said, “will not stand idly by as federal agencies attempt to impose a sexual ideology on Florida schools that risk the health, safety, and welfare of Florida students. Working with the State Board of Education, the Department will continue to develop rules to implement and uphold Florida law. The Department will do everything in its power to protect the wellbeing of all Florida students and to vindicate the right of all parents to know what takes place in their child’s classroom.”
Title IX was passed in 1972 under the Civil Rights Act to engender equality between men’s and women’s education to specifically “prohibit[s] discrimination on the basis of sex in educational programs and activities that receive or benefit from Federal financial assistance,” has been amended by the Biden administration, through an executive order requiring the conflation of gender identity and biological sex across all federal agencies, to cover discrimination on the basis of “pregnancy, sexual orientation, and gender identity.”
The Department of Education has proposed further changes as well, which “would make clear that preventing someone from participating in school programs and activities consistent with their gender identity would cause harm in violation of Title IX.”
Florida has been vocal in opposing gender identity indoctrination in schools, from Surgeon General Joseph Ladapo issuing health guidance against the medical gender transition of children, to the recent prohibition on Medicaid funding medical gender transition of any age.
Under the Parental Rights in Education bill, which was passed this year and signed into law by Governor Ron DeSantis, school districts and teachers are not allowed to teach gender identity to elementary school children, or keep secrets about children’s mental from their parents.
Florida also passed a bill to protect girls’ sports from incursion from biological males who want to participate on the basis of identifying as transgender, and has been the location of contentious fights over bathroom access. In February, the 11th Circuit Court of Appeals ruled that a school was in violation of the constitution when refusing to allow a biological girl who identifies as transgender to use male designated bathrooms. 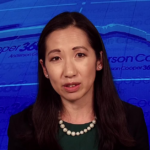 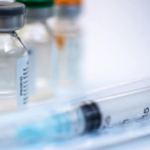