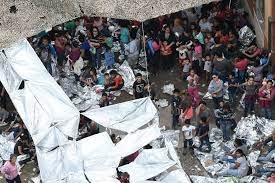 A political operative of the Biden Administration attempted to stop Sen. Ted Cruz (R-Texas) from documenting the squalid conditions inside a crowded illegal immigrant detention facility in South Texas.

On Sunday, Cruz uploaded video of a woman blocking him filming as he tried to show the American people the inside of an overflowing detention center in Donna, Texas.

As Cruz attempted to film, a woman approached him obstruct the camera view and telling him to “Please give dignity to the people.”

“This is not a zoo, sir,” the woman at one point tells Cruz, to which he responds, “You’re right and this is a dangerous place and your policies unfortunately are trying to hide them.”

Cruz, who was attempting to show hundreds of illegals wrapped in mylar blankets sleeping on floors inside the makeshift tent facilities, appears to be familiar with the woman.

“So you work for the commissioner,” Cruz tells her, “you’re a senior adviser, you were hired two weeks ago, and you’re instructed to ask us to not have any pictures taken here because the political leadership at DHS does not want the American people to know it.”

The outrageous video comes as Cruz called on the Biden administration to grant the media access to the facilities so Americans can see firsthand the out-of-control humanitarian crisis at the border.

“We understand the heartbreaking tragedy unfolding at the border because we were there. We saw it,” Cruz stated. “But the American people are unable to see it because you remain intent on keeping the media from shining a light on your administration’s failures.”

Biden during a press conference Thursday suggested media access could be forthcoming, saying “I will commit to transparency, and – as soon as I am in a position to be able to implement what we are doing right now.”

Cruz’s letter says on Friday, however, reporters were still not allowed inside the Donna facility. 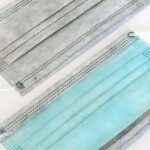 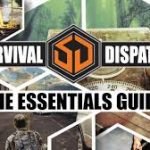