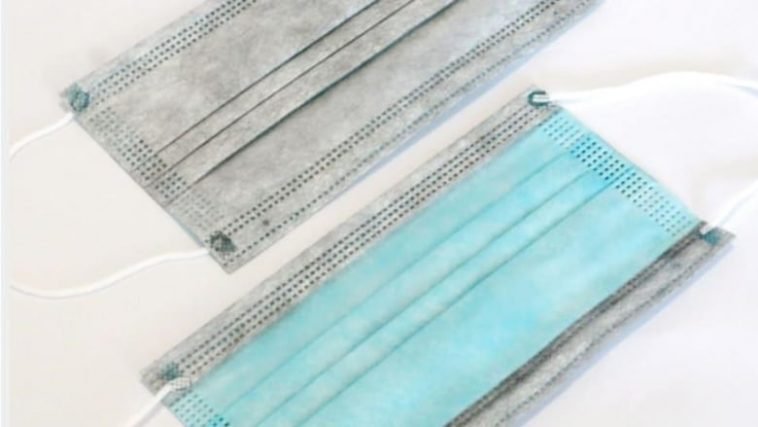 Masks Are Poisonous - Quebec Recall On Masks. Grey and blue SNN200642 masks made by a Quebec-based manufacturer are being recalled by the provincial government. (Radio-Canada)

Alex Jones is Correct Again. In this CBC report they are admitting the problem with these masks. Later they will be correcting themselves on long term mask wearing in all aspects.

One model of mask distributed to Quebec schools and daycares may be dangerous for the lungs as they could contain a potentially toxic material, according to a directive sent out by the provincial government on Friday.

Radio-Canada has obtained documents showing Health Canada warned of the potential for “early pulmonary toxicity” from the SNN200642 masks made by Métallifer, a Quebec-based manufacturer.

“If you have this type of mask in stock, we ask that you stop distributing them and keep them in a safe place now,” the provincial government says in the directive that was sent by three ministries: education, families and higher education.

Some daycare educators had been suspicious of these grey and blue masks for a while because they felt like they were swallowing cat hair while wearing them, Radio-Canada has learned.

Health Canada conducted a preliminary risk assessment which revealed a potential for early lung damage associated with inhalation of microscopic graphene particles. Graphene is a strong, very thin material that is used in fabrication, but it can be harmful to lungs when inhaled and can cause long-term health problems.

Patrick Baillargeon, who is charge of purchasing Quebec’s laboratory supplies, warns in a letter that Health Canada has not received any data to support the safety and efficacy of face masks containing graphene particles and therefore considers the risks associated with these medical devices unacceptable.

Radio-Canada has learned these masks were also distributed to Revenu Québec in recent months.

“We therefore ask all our customers to check if they have any in their possession,” writes Baillargeon.

At the time of acquisition and distribution, the masks did comply with all the regulations in force, he says.

In a letter sent to parents, the Lester B. Pearson school board confirmed having received shipments of the SNN200642 and distributed them within the school earlier in the year.

“We are now verifying whether any of these particular masks remain in our schools and centres. Any unused masks will be returned to our storage depot while we await further directives from the government,” the letter stated.

“Please note, our understanding is that this recall does not apply to recent shipments we have received and does not affect the pediatric (child-sized) masks being distributed to our elementary schools.”

In a statement, the English Montreal School Board said the potentially dangerous masks were never distributed to its schools or centres.

The Ministry of Families says the T1001 and HSC-HB-DMM models, delivered since December 2020, are compliant and can be used.

This is not the first time masks distributed to daycares have been recalled.

Back in December, the Quebec government revealed that masks it had been distributing for months to more than 15,000 daycares across the province did not meet safety standards, and daycare staff were ordered to stop using them.

Between May and November, the ministry distributed 31.1 million MC9501 masks throughout the network to protect staff from COVID-19, but they were determined to be unfit for use. 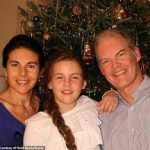 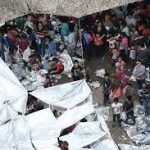