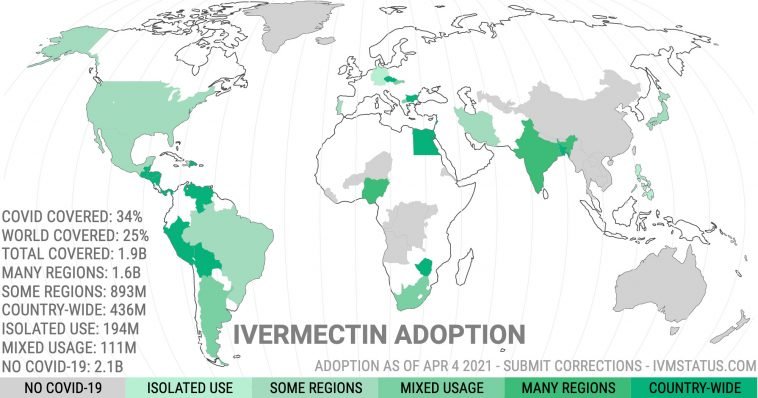 South African doctors may now prescribe ivermectin for the treatment of COVID-19 without fear of reprisal or waiting for approval from the South African Health Products Regulatory Authority (SAPHRA), according to a court order on April 6, as the World Health Organization (WHO) advised that the drug be used in a trial only.

The court order ruled that a medical product for human use containing ivermectin “as an active ingredient” had been registered by SAPHRA on March 16, that allowed ivermectin to be compounded, or mixed together with other registered medicines, and “made accessible in accordance with the provisions of Section 14(4) of the Act.”

“Access in accordance with Section 14(4) of the Act practically means that doctors can prescribe ivermectin on their own judgment and that no Section 21 application or reporting is required for compounded ivermectin,” Barend Uys, Head of Research at AfriForum, said in a news release. “Patients can then use this prescription to buy ivermectin from any pharmacy where compounded ivermectin is available.”

AfriForum was one of four groups that filed a lawsuit against SAPHRA.

Prior to the ruling, doctors were required to apply for approval for the use of ivermectin through SAPHRA’s controlled compassionate use program under Section 21 of the Medicines and Related Substances Act, which allowed SAPHRA to sell an unregistered medical product within the country.

But submitting an application did not guarantee approval from the medical regulator.

The court also ordered SAPHRA to report to the court every three months of any changes made to ivermectin’s availability and use.

WHO Recommends Against Ivermectin Use

The South African ruling comes less than a week after the WHO advised against the use of ivermectin for COVID-19, a disease caused by the CCP (Chinese Communist Party) virus, except in a clinical setting, citing inconclusive data.

“The current evidence on the use of ivermectin to treat COVID-19 patients is inconclusive,” the WHO said in a press release. “Until more data is available, WHO recommends that the drug only be used within clinical trials.”

The WHO said its decision was based on the review of 16 randomized controlled studies with 2407 participants by its panel of experts assessing whether ivermectin had any impact on hospital admission, viral clearance, mortality, and mechanical ventilation.

Dr. Pierre Kory, a member of the Front Line COVID-19 Critical Care (FLCCC) Alliance, said that the WHO’s statement was not based on “science” and was rather biased.

“They don’t mention that the majority of studies find really important benefits. All they do is [say] that results—not positive results, the results, the outcomes—are all low quality or low certainty,” Kory said in an FLCCC weekly update. “We know that’s not true. There’s a number of extra groups that graded the quality, and they actually find it moderate, including the lead researcher of the WHO.”

Kory also said that the WHO’s recommendation was in-line with statements from the National Institutes of Health (NIH), the European Medicines Agency (EMA), and Merck, to try to “manufacture uncertainty about science where little or none exists.”

The WHO didn’t respond to a request for comment.

The NIH initially said it only recommended ivermectin for use in clinical trials, but updated its guidance after members of the FLCCC Alliance presented their data in January.

“There are insufficient data for the COVID-19 Treatment Guidelines Panel (the Panel) to recommend either for or against the use of ivermectin for the treatment of COVID-19,” the NIH stated.

In February, Merck, who held a patent until 1996 and for years touted the safety of ivermectin, released a statement against the use of ivermectin for COVID-19 citing the lack of safety and efficacy data.

“We do not believe that the data available support the safety and efficacy of ivermectin beyond the doses and populations indicated in the regulatory agency-approved prescribing information,” Merck said.

A month later, the drug manufacturer announced the preliminary findingsof its Phase 2a study with Ridgeback Biotherapeutics of experimental anti-viral drug Molnupiravir for early treatment of COVID-19. The oral drug showed a quicker reduction in infectious viruses similar to ivermectin. The Phase 2/3 trial of Monupiravir will be completed in May.

Dr. Andrew Hill, senior visiting fellow at the Department of Pharmacology, University of Liverpool, led a meta-analysis study on ivermectin that was funded by Unitaid, “part of the World Health Organization’s ACT Accelerator initiative to improve access to COVID-19 treatment and diagnostics,” according to TrialSite News.

In his meta-analysis study [pdf] of 18 trials involving over 2,200 patients, Hill, and his team found that there was a “75 percent improvement in survival, faster time to clinical recovery and signs of a dose-dependent effect of viral clearance for patients given ivermectin versus control treatment.”

“Despite the encouraging trend this existing database demonstrates,” the researchers say that “additional, higher-quality and larger-scale clinical trials” are needed before “regulatory approval of ivermectin.”

Dr. Jean-Jacques Rajter, a pulmonologist who treated severe COVID-19 patients successfully with ivermectin early on in the pandemic, testified at a Senate hearing last December that funding and support for a randomized controlled trial to confirm ivermectin’s efficacy and safety had been difficult.

“My team has multiple study protocols in place, ready to be implemented in short order,” Rajter said. “We have established relationships with international teams to complete such randomized controlled trials, yet funding for such studies has been elusive at best.

According to Nobel Prize winner and co-developer of ivermectin Dr. Satoshi Ōmura, there are “a total of 91 trials in 27 countries” being conducted, with 80 “being conducted for therapeutic purposes and 11 for the purpose of preventing” COVID-19.

A health worker shows a box containing a bottle of Ivermectin, a medicine authorized by the National Institute for Food and Drug Surveillance (INVIMA) to treat patients with mild, asymptomatic or suspicious COVID-19, as part of a study of the Center for Paediatric Infectious Diseases Studies, in Cali, Colombia, on July 21, 2020. (Luis Robayo/AFP via Getty Images)

Ivermectin, an inexpensive anti-parasitic drug initially given to animals, was approved for human use in 1987 for the treatment of onchocerciasis, or river blindness, a disease caused by worms that were transmitted by flies. More than 3.7 billion doses of ivermectin have been distributed in over 30 years.

The drug is on the WHO’s essential medicines list and has a high safety profile.

Dr. Tess Lawrie, Director of Evidence-based Medicine Consultancy Ltd., said in an interview on March 6, that there were around “4,600 adverse events and 16 deaths” listed on the pharmacovigilance database for ivermectin since the drug was first given to people.

Some common side effects of ivermectin include nausea, diarrhea, dizziness, and skin rash, according to the FDA.

Lawrie said remdesivir for hospitalized COVID-19 patients had “more adverse events and 417 deaths” since it had been approved by the Food and Drug Administration (FDA) last year. Side effects for remdesivir include nausea, bleeding, and pain.

Ivermectin has several possible mechanisms of action in treating COVID-19, with its anti-inflammatory and anti-viral properties that “blocks the viral proteins from entering the nucleus and prevents the virus from impairing the immune system,” Lawrie said. “It also has the mechanism of action that impairs the virus’s ability to replicate.”

In the Philippines, the country’s FDA has granted compassionate use of ivermectin to one hospital that had applied for it, but said the “distribution” of the drug “remains illegal,” the Philippine News Agency reported. Proponents of ivermectin have been pushing for the drug to be approved for use in treating COVID-19 as the roll-out of the vaccine has been slow. Ivermectin is available only for animals in the country.

Officials in Belize, a Central American country, authorized the use of ivermectin in December 2020 to combat the CCP virus, citing that “the decision” to add the drug as a treatment protocol because it would have more benefits than risks, according to local news LoveFM.

Mexico City also began dispensing ivermectin on Dec. 29, 2020, to COVID-19 patients after the local government said it had examined over 30 clinical studies using ivermectin as treatment. By Jan. 22, more than 50,000 people had been treated with the drug, El Financiero reported.

Slovakia became the first European Union nation to authorize ivermectin. The country’s health minister approved ivermectin as a prophylaxis and treatment for COVID-19 in January, allowing doctors to prescribe it for the following six months.

Ivermectin for animals is not recommended for human consumption as “animal drugs are often highly concentrated” and “can be highly toxic in humans,” according to the FDA. 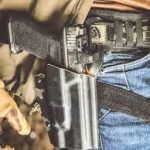 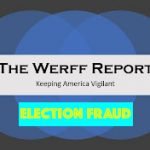 Home » Health » WHO Lies About Ivermectin – There is An Agenda In The Works, but Why?