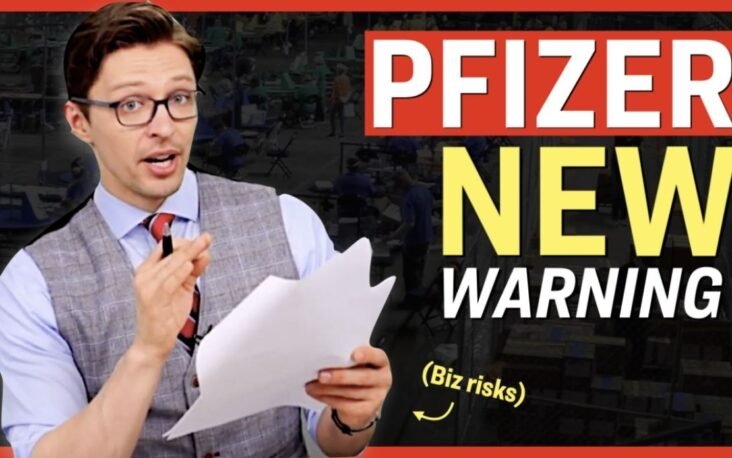 It would appear that Pfizer is anticipating some bad news, as evidenced by several redline changes in their Fourth-Quarter and Full-Year 2021 Earnings release on February 8, 2022. These changes seem to be centred around disclosures of unfavourable safety data. We could assume they are aware that the ordered release of their COVID vaccine Clinical trial data may cause them a few issues.

According to Rubicon Capital’s Kelly Brown who in his own words, is an “accidental & unofficial COVID-19 data analyst, “Pfizer added new and peculiar items deep in its business risk disclosures re: clinical trial data”

He notes on a Twitter post that “the changes centre around disclosures of unfavourable safety data.” For example, in the fourth quarter, Pfizer added: the line “or further information regarding the quality of pre-clinical, clinical or safety data, including by audit or inspection.”

These changes that are referenced above, were found in Pfizer’s earnings releases. The links are below.

A freedom of information act request (FOIA) resulted in Pfizer being ordered to produce data which amounted to over 329,000 documents. However, it would seem that there was an attempt for the information to be buried when the Food and Drug Administration (FDA) challenged the FOIA in court. Justice Department Lawyers representing the FDA asked a federal judge to allow them an unthinkable 55 years to process the request.

This would have meant that 500 pages a month would have been released, meaning that the safety of the Pfizer product kept under wraps until 2076. This request was refused and courts ordered compliance with the FOIA. The FDA were to turn over the documents and as reported here at the Expose the first batch of data was released. Even within the first few pages, it was clear that the vaccine approved for emergency use authorisation was not safe.

In one document titled Cumulative Analysis of Post-Authorization Adverse Event Records Reports, it is evident that in just the first 90 days of the vaccine’s roll out under the FDA’s EUA – from December 1st. 2020 – February 28th, 2021 – there were TENS OF THOUSANDS of reported adverse reactions, including over 1200 deaths (source).

Pfizer vaccines adverse events “confidential” document, showed thousands of conditions under a heading termed “Special Interest” these conditions may develop post-Pfizer vaccination meaning that every person who had taken the jab were not in possession of the facts or the risk involved by taking it. In other words, informed consent was never obtained.

The Pfizer report concluded that the “review of available data” was good enough and demonstrated a “favourable benefit-risk balance” for the rushed vaccine.

However, Pfizer reported that their vaccine showed a 95% efficacy, which sounds like it protects you 95% of the time, but that is not actually what that number means.

The 95% figure refers to the relative risk reduction (RRR), but it does not tell you how much your overall risk is supposed to be reduced by the vaccine, which can be determined by the absolute risk reduction (ARR).

This means that even unjabbed the risk of contracting COVID was very low at 0.88% and the jab was said to have reduced this figure to .04%, which means that the absolute risk reduction that would be the main reason to have the Pfizer jab is 0.04%.

That would not do though, as Pfizer would be sure that people would not be so keen to have a jab that offered less than 1% overall benefit.

Nor would they have been so keen if they had known the actual potential risks of taking the jab.

Pfizer appeared to have known that they needed to cover their financial bases from potential liability Pfizer asked for liability protection due to their, to put it in mildly, “misleading” promotion of their product. Pfizer received blanket immunity from liability through the EUA, however, this product is deadly yet it is others who are being financially burdened.

Pfizer was even accused of “bullying” Latin American governments during negotiations to acquire its Covid-19 vaccine, and the company has asked some countries to put up sovereign assets, such as embassy buildings and military bases, as a guarantee against the cost of any future legal cases, according to an investigation by the U.K.-based Bureau of Investigative Journalism.

However, if Pfizer are found to have been fraudulent it eviscerates all contracts which will mean that liability from vaccine damage will rest firmly with them (Source).

Pfizer has continued to show reluctance to release the clinical trial documents, that really should have been made available prior to the vaccine roll-out to enable true informed consent. With what we already know through their first batch of documents released, it really begs the question- What more are they trying to hide? What more could there possibly be? And importantly, why have they not been held to account already for the harm they have caused?

It seems that even if Pfizer were now to say their vaccine was not safe and effective, the covid cult, would be calling them antivaxxers!!

Finally, I thought this was interesting and also hopeful.

The Exposé is now censored by
Google, Facebook, Twitter & PayPal
So we need your help to ensure
we can continue to bring you the
facts the mainstream refuse to…

We’re not funded by the Government
to publish lies and propaganda on their
behalf like the mainstream media.
Instead we rely solely on your support, so
please support us in our efforts to bring you
honest, reliable, investigative journalism.
It’s quick and easy… 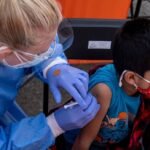 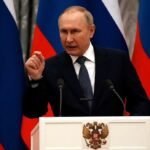