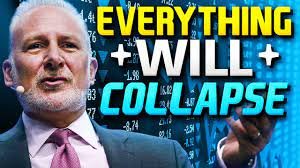 I’m investing my money into greenhouses, gardening tools, seeds and a perennial food forest. Trying to live as cheaply as possible with the least amount of income as possible. I’m afraid they will strip us from our land through an increase of taxes very soon though…

China produces electrical machinery, computers, furniture, lighting, plastics, vehicles, iron, steel, clothing etc. USA produces paper with Benjamin Franklin’s face on it.
Peter, we can hear and feel the neat frustration in your voice with every video you do! Its now so apparent the RESET isn’t just monetary but its todays people, western people predominantly, western government has moulded us with such shallow unqualified intelligence, the outcome isnt far from, if an infant took control. Learning on the job has its mistakes but on a continental scale, the mistakes equals to pain, poverty and addiction, this really is as bad as humans can be good. Keep up your message and you’ll definitely save a lot of people, although you may be thinking your not getting through, you so ARE! ..and thankyou.
This has been talked about for years. I heard Peter talk about this in 2007 and 2008 and beyond. I am sick of hearing it. I wish it would just happen and be done with it so that we can just start over and build again. Also why do countries keep buying our debt?
GROW YOUR OWN FOOD. RAISE YOUR OWN MEAT. HYPER-INFLATION IS COMING!
The gov’t takes the money that is earnt by the people and gives it to the central bank who takes their percentage of it and they then send it through the money system where every handler of it gets their percentage until it reaches its overseas destination. The same money is then brought by the central bank and then distributed to the govt that takes its percentage as well as all the contractors who handle it. The working person that created the original dollar may get to use 1 cent of it, the rest goes to the people who handled it, but did no work to speak of. Pressing a button or signing a paper as well as countless hours of lip flapping is their labour.
You should learn about the “velocity of money” this was to simplistic video, likely why it only has 25K views. Most good financial channels are getting 10-100x more views. No commentary on why the Fed doesn’t believe in inflation in the longer term and no comment on deflationary pressures. I do agree if we get hit with high inflation, most people are screwed and those are people that don’t have hard assets 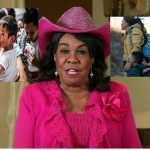 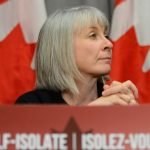