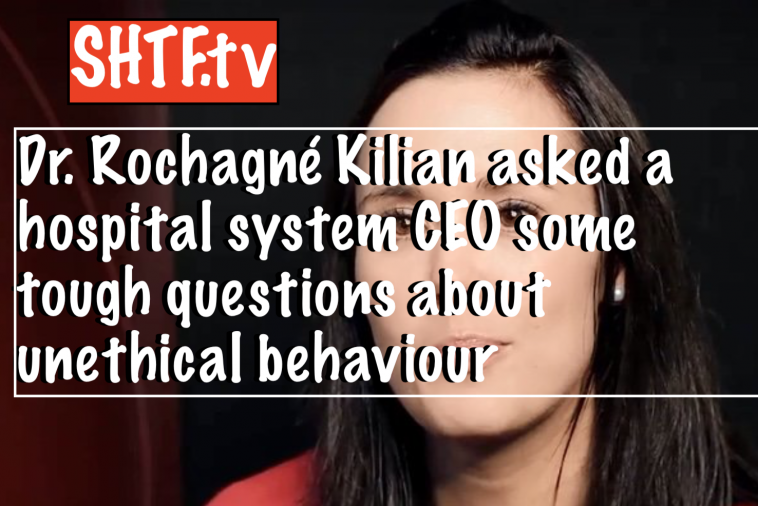 In a virtual meeting that included GBHS CEO Gary Sims and other staff members, Dr. Kilian asked Sims a series of questions about what she believes is unethical behaviour on behalf of the Ontario health system at all levels. Sims appeared to be unprepared for difficult questions pertaining to the ongoing rollout of vaccination mandates and vaccine segregation restrictions the Ontario heath system is championing.

Kilian estimated that 80 percent of the patients she saw in the ER during the past month who had inexplicable symptoms were “double vaxxed.”

Dr. Kilian relocated to Owen Sound – a small city in Grey County, Ontario – from South Africa after previously working in British Columbia. When she resettled in Owen Sound with her family, she expressed to a local paper how happy she was to live there: “Our recruitment to Owen Sound might have been by chance, but our choice to settle here was definitely not. Our four months in Owen Sound have been blessed. A little town with lots of soul, surrounded by beautiful landscapes, filled with welcoming residents and businesses, and exciting festivals, programs and activities. We truly feel fortunate to raise a family here.”

The first issue that Dr. Kilian brought up during the meeting was informed consent regarding the COVID jab and what she considered to be a coercive mentality of pressuring people to accept medications that she pointed out are still in “clinical trials.”

An GBHS administrator did not answer her question directly, but instead passed the buck to the provincial government and stated they do not have “oversight or input” regarding consent mechanisms presented to patients.

Kilian added that having more input into what patients are consenting to is something that GBHS “should consider,” especially in light of enacting the government-recommended vaccination mandates with their own staff.

Referring to informed consent and mandating experimental vaccines that been linked to thousands of deaths and injuries, Sims explained that because of the “pandemic,” certain procedural normalities will not take place.

Sims then stated that there is a “massive scientific group” that has reviewed all the issues pertaining to the vaccines and their usage and rollout. This meeting took place August 23. Since then, the Ontario government has admitted that at least one of the vaccines pushed on the public has caused serious heart problems in young men, who are at virtually no statistical risk of suffering severely from COVID.

Dr. Kilian pressed Sims about claims that protocols of informed consent can be skirted due to an emergency, and clarified that the Tri-Council Policy Statement stipulates that an emergency situation does not warrant skirting protocols that protect the population from being put at risk due to medical experimentation. The Tri-Council Policy Statement is a Canadian guideline for the ethical conduct of research involving humans and/or human biological materials. As the vaccinations are still technically under experimental trial, they are being implemented under a research-based framework on the population.

It was Kilian’s opinion that the ethical framework is being ignored, thus health workers and citizens are being forced to take something against their will that is not proven to be safe or effective in the long term, as a result of vaccination mandates.

Sims reacted sharply to Kilian and said, “Nobody is forcing you to do this, you have a right to say no, but the reality is the government has the right to say that you’re not employed.”

“When the law looks at it, the law is saying you have the right to do it [enforcing vaccine mandates],” he added.

Dr. Byram Bridle, a University of Guelph professor, recently released a letter he sent to the president of his university that called into question the legitimacy of vaccine mandates, both from a medical and legal perspective. He stated in the letter that he is “confident there will be lawyers willing to test this in court.”

Dr. Kilian asked a final question in the virtual meeting about the claims that Sims and others at GBHS have made about the majority of COVID-associated cased in the region being among the unvaccinated. She asked if there was a detailed database that could be shared to prove this point. Sims stated that the vaccination status of the individuals who have been admitted in his region could not be released due to privacy reasons, but that the provincial government would have the information.

He then claimed that provincially, “less than 0.7 percent of people who ended up in ICUs were vaccinated.”

He referred to the “third wave” of COVID in Ontario that he said was due to the Delta variant, and stated that “it was all unvaccinated” who fell seriously ill at that time. The third wave in Ontario is reported to have happened in April and May. The vast majority of Ontarians had not received their second dose of any COVID jab by that point, and the province has made it clear in numerous places that a person only counts as “full vaccinated” for clinical purposes after 14 days have passed since they have received their second dose.

During the month of May in the Grey Bruce region, there were a total three confirmed hospitalizations with COVID-19. Five people in the region died that month with a COVID-positive diagnosis, and two of the deaths were residents who died outside of the county.

Sims said on the call that a minimum “80 percent” and up to “97 percent” of ICU patients with COVID across the province were unvaccinated. It is impossible to reach that number given the Grey Bruce statistics because there are too few people for calculations to be mathematical doable.

He then intimated that there will be great fears among pediatric physicians regarding autumn COVID numbers “if children start to die.” There is no evidence to suggest that COVID is dangerous to children in any statistically significant way.

Dr. Kilian resigned from her position while on the call with GBHS administration and spoke about her situation on the The Strong and Free TruthCast, where she criticized the state of health care in Canada. She expressed that care for the individual patient has gone by the wayside during the “farce that we have been living through.”

She said that throughout the entire time that the pandemic has been declared, she has only admitted two patients to the ICU that tested positive for COVID. She then clarified that this did not mean they were in the ICU due to COVID, but only that they had tested positive. She stated that her emergency department was “dead” throughout all of the declared waves of COVID, and that she took pictures of the official numbers to prove that they “had nothing to do” with lack of patients.

Dr. Kilian added that since the rollout of COVID jabs, she has seen a striking uptick in patients who have been admitted with heart issues and do not fit risk categories. She stated that as more and more people have received the jab, she has seen a host of strange events in her patients. She spoke of “people coming with newly diagnosed high blood-pressure, diabetics that was controlled that are no longer controlled – their sugars are either through the roof or they’re down in the ground … The only factor … constant that changed in their life was the injection of an experimental biologic.” 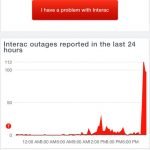 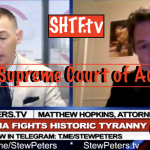