There are few confirmed cases of identity fraud in the passport system. Auditors found an average 57 cases a year

The Liberals say they will set up a facial recognition database within two years for 25 million Canadian passport holders, says Blacklock’s Reporter.

The program would see federal agencies compile a database of millions of Canadians’ faces.

“The department must have facial recognition system support capabilities in place no later than October 2023,” the Department of Citizenship wrote in a report.

Cost of the program was not detailed.

Canadians who apply for passports are deemed to agree to having their photographs stored in a federal database, said the notice: “Applicants consent to their photos being used to confirm identity through the passport program’s facial recognition system.

“Facial recognition systems act as an effective and accurate tool for the department’s passport program for use in authenticating the identity of each adult passport applicant which helps to increase the assurance the applicant is who they say they are,” wrote staff.

There are few confirmed cases of identity fraud in the passport system. Auditors found an average 57 cases a year.

Under the program, passport photos would be compiled in a mammoth electronic database.

“This technology applies a digital biometric template to an applicant’s picture and compares it to a database of over 45 million adult applicant photos to validate their identity,” said the report.

Auditors said the program was “not well integrated with the passport issuance system” to date despite years of study beginning with a 2016 pilot project.

“The issue of facial recognition, the data and images that are used, I am very concerned as an individual but also as a legislator,” Bloc Québécois MP Marie-Helene Gaudreau (Laurentides-Labelle, Que.) told a June 21 hearing of the Commons ethics committee.

“When I’m asked about what we have done to properly protect people, I’m a little embarrassed.”

“Most folks have already provided their biometric information if only for the purposes of a passport,” Bloc MP Rhéal Fortin (Riviere-du-Nord, Que.), told a May 10 hearing.

“Don’t you think it’s a bit too late to prevent the misuse of that information?”

The privacy commissioner in a 2013 report said “faces have been transformed into electronic information” with technology that raised troubling questions.

“Is the measure demonstrably necessary?” said the report.

“Would the loss of privacy be proportionate to the benefit gained?”

Parliament in 2018 passed Bill C-21 An Act To Amend The Customs Act that allowed cabinet to pass executive orders “prescribing the source from which information may be collected” without public consultation.

Ontario to launch almost same product at the same time… Coincidence? Of Course Not

TORONTO — Ontario is preparing to launch a digital identification program in the coming months, meaning people will no longer need to carry a physical driver’s licence or health card.

According to the government, Ontario’s digital identification program is scheduled to launch in late 2021.

On Wednesday, the province unveiled more information about the program, saying it will be a “convenient and easy identification solution” for Ontarians.

HOW DOES IT WORK?

Ontarians will be able to have an electronic version of their trusted government ID – like driver’s licences and health cards – which the government says is more safe and secure.

Your ID will be stored in a digital wallet app, which will be available for download onto smartphones and other devices like tablets and laptops. 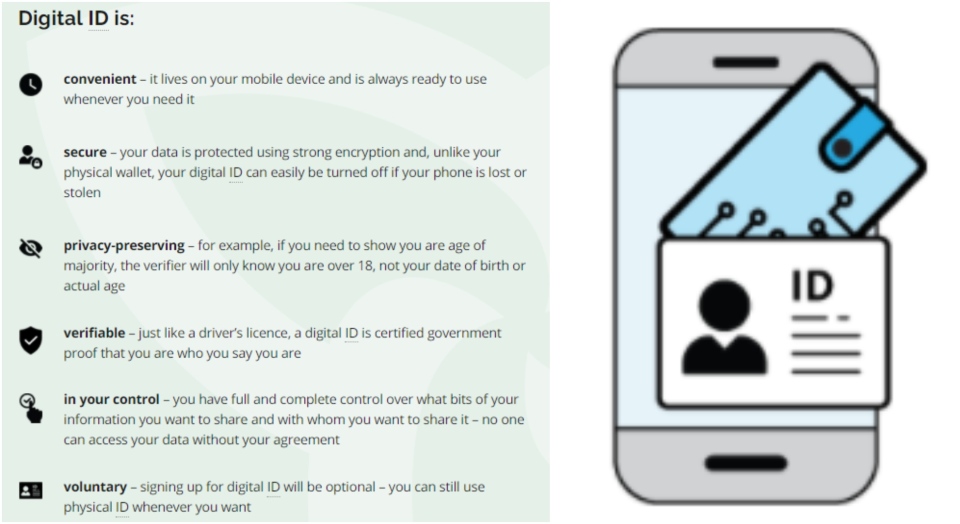 The digital ID will allow people and businesses to prove who they are both online and in person.

According to the government, the digital ID will offer more privacy to users.

“For example, if you need to show you are age of majority, the verifier will only know you are over 18, not your date of birth or actual age,” the government says.

The digital ID is not stored in a central database and is only saved on your own personal mobile device, which can be turned off remotely if stolen. 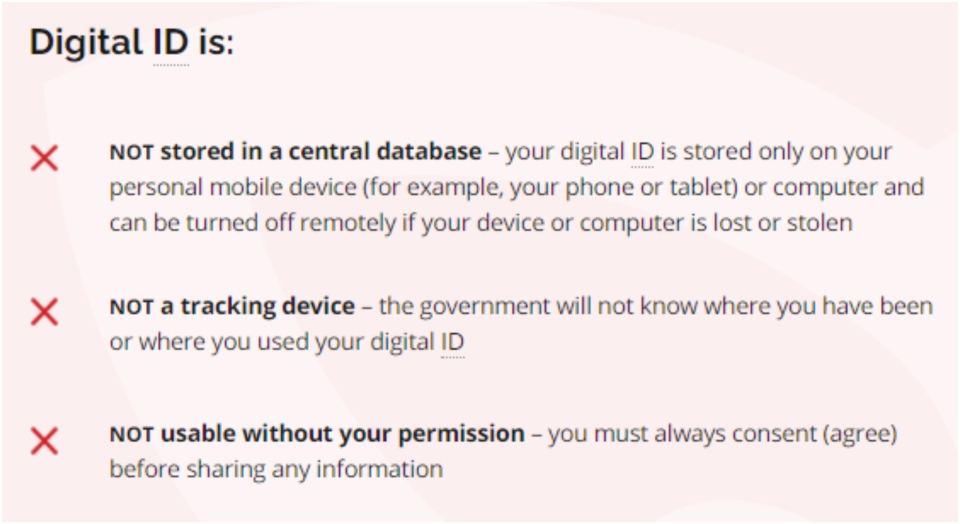 The government says digital ID is not a tracking device and it will not keep track of where you’ve used your ID.

WHERE CAN YOU USE IT?

Ontarians will be able to use their digital ID in a wide range of locations.

The government says “it will take years to unlock the full potential of digital ID” but has provided a list of where people can use it when the program launches.

Some of the settings include:

As a business, the digital ID can be used for:

HOW DO YOU GET A DIGITAL ID?

The government has not yet launched the digital ID program.

When it does become available, people will download the Ontario digital wallet app to their mobile device or computer.

They will then sign up for the program and verify their ID either online or in person.

Users will then be able to add ID cards to their digital wallet and it will be ready for use.