After American rap icon Nicki Minaj expressed skepticism regarding the controversial COVID-19 vaccines, and urged her fans to pray about whether to take one of the vaccines and not be bullied into making a health decision, fans rallied behind her and formed a near-spontaneous protest outside the Centers for Disease Control & Prevention headquarters in Atlanta, Georgia.

Now, the left wing luminaries behind this protest have planned several more, and have invited conservative Trump supporters to join them in solidarity against the vaccines.

The protests have been organized by the “anti-capitalist Black Hammer Organization’s Commander-in-Chief Gazi Kodzo,” wrote Cassandra Fairbanks for The Gateway Pundit. Kodzo spoke to Fairbanks at length about their goals for the protest, their decision to invite supporters of 45th President Donald Trump, and their hope for Americans to “put political differences aside and fight together against the vaccine mandates.” 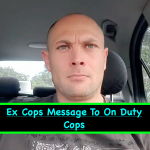