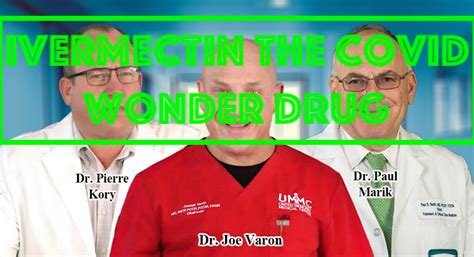 May 6, 2021 (LifeSiteNews) –– The American Journal of Therapeutics has published a research paper calling for ivermectin — a drug which has been maligned and suppressed as a coronavirus treatment — to be “globally & systematically deployed” as a treatment for COVID-19.

This comes as welcome news as local jurisdictions and governments worldwide seek to establish policies which would enforce mandatory vaccinations in order for citizens to participate fully in society. Many have wondered if perhaps governments and Big Pharma have an agenda to push the vaccine while eliminating cheaper, more effective ways of treating the coronavirus.

In an article titled “Review of the Emerging Evidence Demonstrating the Efficacy of Ivermectin in the Prophylaxis and Treatment of COVID-19,” the study’s authors found large, statistically significant reductions in mortality and recovery time in addition to “significantly reduced risks of contracting COVID-19 with the regular use of ivermectin.”

They also cite many examples of “ivermectin distribution campaigns leading to rapid population-wide decreases in morbidity and mortality,” prompting them to conclude that as an oral agent, ivermectin is “effective in all phases of COVID-19.”

In December, the Associated Press (AP) sought to invalidate growing claims that ivermectin “has a miraculous effectiveness that obliterates” the transmission of COVID-19 and will prevent people from getting sick.”

The U.S Food & Drug Administration (FDA) continues to warn U.S consumers that ivermectin should not be used to treat or prevent COVID-19.

Despite the FDA’s negative stance, in January the National Institutes of Health (NIH) upgradedtheir recommendation for the drug, making it an option for use in treating COVID-19 within the United States. Last August, NIH had recommended against the use of ivermectin for COVID-19, despite mounting studies and anecdotal reports concerning the often miraculous outcomes associated with the drug’s use.

In contrast with the increasing number of deaths and other very troubling, debilitating medical side effects associated with taking COVID vaccines, numerous studies have reported low rates of adverse events from using ivermectin to treat the virus.

According to the authors, the efficacy of ivermectin in COVID-19 is supported by the following:

One of the now-deleted clips was of Dr. Pierre Kory, who is a founding member of Front Line Covid-19 Critical Care Alliance (FLCCC), “a group of highly published leaders in critical care” seeking to stop excessive mortality from COVID-19. FLCCC has developed a treatment regimen incorporating ivermectin, which the group says has led to up to 83% lower-than-average COVID-19 death rates in hospitals that have applied it.

In the hearing, Kory testified, “In the last three to four months, emerging publications provide conclusive data on the profound efficacy of the anti-parasite, anti-viral drug, anti-inflammatory agent called ivermectin in all stages of the disease.”

“Ivermectin is highly safe, widely available, and low cost,” he said. “We now have data from over 20 well-designed clinical studies, 10 of them randomized, controlled trials, with every study consistently reporting large magnitude and statistically significant benefits in decreasing transmission rates, shortening recovery times, decreasing hospitalizations, or large reductions in deaths.” 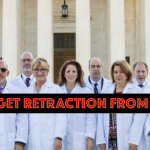