American frontline doctors get retraction from Facebook over Covid Propaganda

LOS ANGELES, California, May 3, 2021 (LifeSiteNews) — In their latest issue brief, America’s Frontline Doctors (AFLDS) warned how spike proteins resulting from experimental COVID-19 gene therapy vaccines have the capacity to 1.) pass through the “blood-brain barrier” causing neurological damage, 2.) be “shed” by the vaccinated, bringing about sickness in unvaccinated children and adults, and 3.) cause irregular vaginal bleeding in women.

Released last week and titled “Identifying Post-vaccination Complications & Their Causes: an Analysis of Covid-19 Patient Data,” the stated purpose of the document is “to provide additional information for concerned citizens, health experts, and policymakers about adverse events and other post-vaccination issues resulting from the three experimental COVID-19 vaccines currently administered under EUA (emergency use authorization)” by the U.S. Food and Drug Administration (FDA).

The non-profit organization highlighted the thousands of adverse events which are related to these “vaccines” and captured by the Centers for Disease Control and Prevention’s (CDC) Vaccine Adverse Event Reporting System (VAERS). “Yet these complications have received a fraction of the attention paid to J&J’s blood-clotting controversy,” they lamented with dismay, asking, “Why?”

In taking a closer look at this data, AFLDS presents “some major categories of concern as-yet publicly unaddressed by either the FDA or CDC,” asserting that failure of these regulators “to consider these and other ‘known unknowns’ is a dereliction of basic medical research.”

They breakout their general categories of concern as shown below:

First, there are significant fears regarding the wide distribution of these new vaccines, which employ a new technology and remain only experimental without full approval from the FDA. Instead of employing an attenuated antigen response – as happens with conventional vaccines – these experimental agents introduce something called a “spike protein” into one’s system.

“It takes years to be sure something new is safe,” the AFLDS document confirms. “No one knows definitively the long-term health implications for the body and brain, especially among the young, related to this spike protein. In addition, if documented problems with the protein do arise, there will never be any way to reverse the adverse effects in those already vaccinated.”

Second, unlike conventional vaccines, these spike proteins, along with “lipid nanoparticles” have the capacity to pass through the “blood-brain barrier” which provides special protection for these sensitive areas of the body.

“There simply has not been enough time to know what brain problems and how often a brain problem will develop from that,” the document warns.

Risks from such penetration include “chronic inflammation and thrombosis (clotting) in the neurological system, contributing to tremors, chronic lethargy, stroke, Bell’s Palsy and ALS-type symptoms. The lipid nanoparticles can potentially fuse with brain cells, resulting in delayed neuro-degenerative disease. And the mRNA-induced spike protein can bind to brain tissue 10 to 20 times stronger than the spike proteins that are (naturally) part of the original virus.”

Third, as these experimental vaccines produce many trillions of spike proteins in their recipients, these vaccinated individuals “can shed some of these (spike protein) particles to close contacts,” causing disease in them.

In an email correspondence with LifeSiteNews, Dr. Simone Gold, the founder of AFLDS, directed this writer to an April 29 tweet where she posted a document from Pfizer’s experimental trials in which the pharmaceutical giant “acknowledges this mechanism” of potential shedding, she wrote.

As the document states, one can be “exposed to [the] study intervention due to environmental exposure,” including “by inhalation or skin contact” with someone involved in the study, or with another who has been exposed in the same way.

And this, according to AFLDS, can be dangerous. As the issues brief continues, “the spike proteins are pathogenic (‘disease causing’) just like the full virus.” Furthermore, these “spike proteins bind more tightly than the fully intact virus” and thus cases around the world of “pericarditis, shingles, pneumonia, blood clots in the extremities and brain, Bell’s Palsy, vaginal bleeding and miscarriages have been reported in persons who are near persons who have been vaccinated.” Such shedding also “appears to be causing wide variety of autoimmune disease (where the body attacks its own tissue) in some persons.” 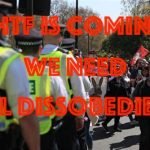 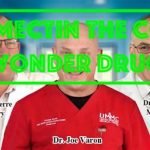