Police brutality In The UK.

In Manchester, a woman was left exposed in her underpants as cops tried to arrest her. This happened days after a cop was accused of murdering a woman in London. WION’s Palki asks: Isn’t the UK police’s brutality ‘deeply concerning’ for British Lawmakers?

WION -The World is One News, examines global issues with in-depth analysis. We provide much more than the news of the day. Our aim to empower people to explore their world. With our Global headquarters in New Delhi, we bring you news on the hour, by the hour. We deliver information that is not biased. We are journalists who are neutral to the core and non-partisan when it comes to the politics of the world. People are tired of biased reportage and we stand for a globalised united world. So for us the World is truly One.

Police brutality over world is coming to picture this behaviour towards another human is unacceptable in whatever country you work as police.

UK police allowed BLM protests to go ahead, those protesting for womens safety asked permission to protest and arrange stewards…denied, because we wouldn’t want to draw attention to the fact that a UK cop killed and dismembered a young lady walking home alone. 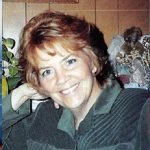 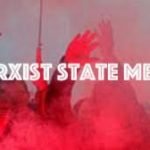 Home » World » Gravitas: Shocking behaviour by British Police This is a Police State In The UK