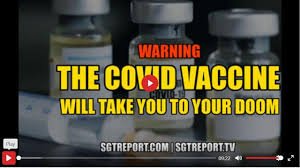 THE COVID VACCINE "WILL TAKE YOU TO YOUR DOOM."

I wonder about the blood corruption from those who’ve received the mRNA injection and the ramifications to the blood supply? This an experimental injection, shouldn’t people who’ve had the mRNA injection disclose such when they donate blood? How do those who wish NOT this contaminated blood avoid its use in the healthcare system (e.g., HIV)?

Increases in cancer will be blamed on people not getting care during lockdowns. This is so perfectly designed, it will be impossible to properly correlate the cancer increase with shots vs lockdowns. And, there’s plenty to show shots before this that are common vaccines are possibly causing cancer. This mess has tons of excuses that will be used for cover. Many don’t realize what past vaccines have done. so they probably won’t figure this one out. This is a sad and demonic endeavor for profits. Hank Aaron and Marvin Hagler died after shot #2. The media covered and most people I talk to still don’t know they died after the shot. This is just sad and bad, sad and bad 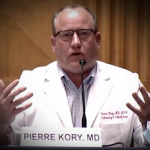 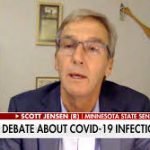 Home » World » Dr Sherri Tenpenny Warns of So Much Evil