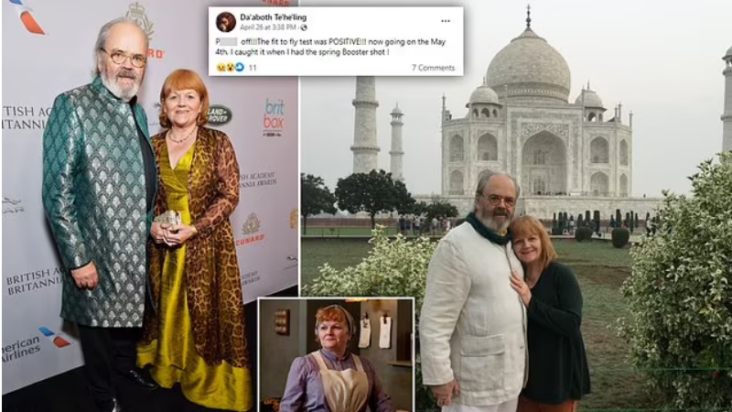 Downton Abbey star Lesley Nicol’s husband David Heald has died at the age of 68  – just days after revealing he had tested positive for Covid.

Nicol, also 68, who portrays cook Beryl Patmore in the hit period drama and follow-up films, has been left heartbroken by the ‘unexpected’ death, which was confirmed by her agent.

It comes after Heald said in a Facebook post on April 26 that he had tested positive for Covid in a fit to fly test, although there is currently no suggestion that the illness played a part in his death. He wrote: ‘The fit to fly test was positive! Now going on May 4. I caught it when I had the spring booster shot!’

While the minimum age to qualify for a spring Covid booster jab is 75, those with certain health conditions or a weakened immune system are also eligible.

Nicol had been performing her one-woman show in New York in the US, when the tragedy struck. Her show has received rave reviews and had just been extended to May 22 at the McKittrick Hotel.

She was married to spiritual healer Heald – who was known as Da’aboth Te’He’Ling – for 15 years and the pair lived in West London.

In a statement provided to The Sun, Nicol’s agent said: ‘I would like to confirm the passing of Lesley’s beloved husband David Heald, known to all his wonderful friends as Da’arboth.

‘Da’arboth was an amazing, unique and inspirational man who was always at Lesley’s side – ‘her warrior’. We are all processing this unexpected turn of events and Lesley would like to thank everyone for their loving and kind messages of support.’ 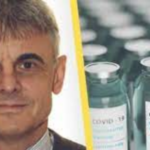 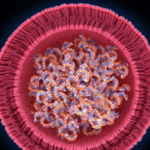