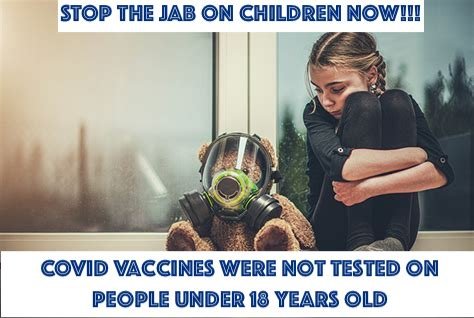 COVID vaccines were not tested on people under 18 years old

Have an important tip? Let us know.EMAIL US HERE.

Texas State Senator Bob Hall (R) is under fire from establishment media outlets for daring to question the safety of hastily-made COVID-19 vaccinations during a Texas Senate committee hearing earlier this month.

Discussing an amendment put forward by Hall that would prevent public and private entities from requiring employees to receive a COVID vaccine, the state senator exposed the experimental aspect of the inoculation rollout.

In a hit piece by the Texas Tribune, the author begins their story by noting that “State Sen. Bob Hall is not a doctor.”

Next, the article details Hall’s credentials as an engineer and businessman before sarcastically stating, “But a lack of medical training hasn’t stopped Hall from promoting misleading — and at times outright false — information about the coronavirus pandemic.”

However, the Tribune writer failed to mention the credentials of the people Hall was interviewing, such as Dr. Angelina Farella, a Texas pediatrician with 25 years of experience.

“I have come here today to protect our children of Texas. This is a very scary situation that we’re in right now,” Dr. Farella said to begin her testimony.

Dr. Farella also noted that the COVID vaccines were not tested on people under 18 years old or on those who already had COVID-19.

Approving medications for demographics of people who were never studied in clinical trials has never happened before, the doctor explained.

“I have given tens of thousands of vaccines in my office, I am not an anti-vaxxer,” she clarified before saying, “I am very pro-vaxx actually, except when it comes to this COVID vaccine… if we can call it that.”

One of the things Dr. Farella found troubling regarding the Pfizer COVID-19 vaccine is that company’s ACIP guidelines admit “recommendations about safety and adverse events will come out after authorization.”

This means children ages 12-17 who are currently eligible to receive the COVID vaccines have not been thoroughly tested on.

Questioning Dr. Farella, Senator Hall asked, “Have you ever seen another vaccine that was put out for the public that skipped the animal tests?”

Hall continued, “What I have read, they actually started the animal tests and because the animals were dying, they stopped the tests.”

“Folks, I think it’s important to understand here that what we’re talking about is the American people are now the guinea pigs,” Hall stated. “This is the test program that’s going on. They didn’t do the human testing and they stopped the animal tests because the animals were dying. And then they turned it out for the public. And we are now looking at businesses that want to mandate that this experimental vaccine be given to people as a condition of their employment.”

Meanwhile, as some people think it’s fine for employers to mandate COVID vaccines, it turns out about half of the federal government’s own workers are refusing the jabs. 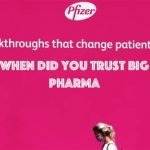 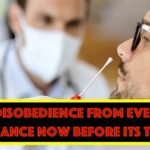 Home » World » Covid19 Experiment on Humanity – THIS IS A MUST WATCH