OTTAWA (LifeSiteNews) – Conservative Party of Canada (CPC) MP and leadership candidate Leslyn Lewis did not back down on speaking out against the World Health Organization’s (WHO) “pandemic treaty” after a state broadcaster journalist hounded her because she criticized the treaty two weeks ago.

“I’m sounding the alarm; I’m letting people know exactly that there is a treaty that could potentially affect our health care sovereignty. Canada needs its own pandemic plan,” said Lewis in an April 21 interview with CBC journalist Vassy Kapelos on the show “Power & Politics.”

“We need to plan the stages of how we’re going to react, the types of medication that will be approved. So, all of those things need to be done by our country, which cannot relinquish that responsibility to a global organization like the WHO.”

Lewis fought back hard against a suggestion from Kapelos that the WHO’s “pandemic treaty” is somehow a just a “theory.”

“That’s absolutely incorrect Vassy, if 190 countries are getting together to put together the framework of a treaty and working on the wording, and they have met twice already in December and in March, that is not a theory, that is actually fact,” shot back Lewis to Kapelos.

“And this is something that is happening. The WHO is proposing a global pandemic treaty and that will limit a sovereign nation’s ability to set things such as when there will be, when the borders will be closed, what kind of personal protective equipment will be used. All of these things will be contained in the treaty.”

Kapelos continued to press Lewis by demanding she “point” out where the WHO’s pandemic treaty says a nation must give away its medical sovereignty.

“Actually, Vassy, as an international lawyer, I can tell you that the way treaties are drafted is people come together and they read, they agree on the words, and it’s come through a consensus Vassy,” said Lewis.

“So, there are 190 countries meeting together to agree on the words. They have stated that it is a world pandemic treaty, and that the treaty will be the treaty that responds to health care on a national basis, that has been stated.”

Lewis told Vassy that if Canada were to sign such a treaty, it would legally bind the country to follow it.

A few weeks ago, Lewis warned that Canada should “not” give away the “sovereignty” of the nation’s health care by signing a World Health Organization (WHO) pandemic treaty, the text of which is currently being written.

“Canada must not sign away our sovereignty on health care, but that is exactly what some of Canada’s leaders are trying to do. And there is tremendous pressure from around the world to make us do it,” Lewis wrote in a recent message posted to her campaign website.

The International Treaty on Pandemic Prevention, Preparedness, and Response, or what is known as the WHO Pandemic Treaty, is due to be signed in May 2024 by many governments around the world.

Lewis told Vassy that 190 nations getting together to draft a global “pandemic treaty” is a “fact” and “not a conspiracy.”

“It is not a theory, it is not conjecture, it is not postulation. It is actually happening,” said Lewis.

Lewis added that Canada does not need the WHO to “limit our health care sovereignty,” but needs to “create our own pandemic strategy where our government is accountable to us.”

“Canada is a sovereign nation, it should maintain control of its health care system, including its pandemic response and planning.”

This past December, the WHO’s World Health Assembly agreed “to kick-start a global process to draft and negotiate a convention, agreement or other international instrument under the Constitution of the World Health Organization to strengthen pandemic prevention, preparedness and response.”

The group will meet again on August 1 to draft the exact wording of the treaty, which will legally bind signatory nations under international law to follow the convention’s articles.

In November 2021, Canada Health Minister Jean-Yves Duclos said that the Trudeau government supports the creation of a WHO pandemic treaty.

As for Lewis, Campaign Life Coalition gives Lewis a “green light” rating as a “supportable” pro-life candidate for her strong voting record in favor of life.

At least nine candidates reached the first deadline to run in the leadership race for the CPC. 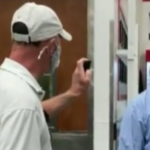 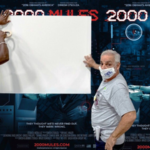