An Ohio college student died about two weeks after receiving her second dose of the Moderna mRNA COVID vaccine.

Scott’s parents, left without an official explanation from doctors how this happened, believe the Moderna vaccine played a role in their daughter’s death, according to investigative reporter Alex Berenson.

“My fear is that we’ll never know what happened to Simone,” her father, Kevin Scott, reportedly said Sunday night. “[The vaccine] is a coincidence that is too big to ignore.”

“I do suspect it was the vaccine,” said Scott’s mother, Valerie Kraimer. “If it wasn’t direct, it played a role.”

Scott “took it upon herself to get vaccinated” as soon as the shots became available in April, her father said, and suffered adverse side effects soon after taking the first dose of Moderna’s vaccine.

After taking the second dose a month later, Scott went into heart failure.

“They said her heart was not functioning and they needed to insert a balloon pump to get it working,” Kraimer said.  “They did at that point suspect that it was myocarditis. They were thinking it was a virus that had attacked her heart.”

A week later, doctors told Scott’s parents she needed a heart transplant, which was initially successful, but soon complications from the transplant led to a fatal lung infection.

Scott’s parents wish medical experts would have raised more awareness about the possible vaccine side effects, especially in young people.

“I lost my only daughter,” Kraimer said. “I never thought I’d have to give up my daughter for the greater good of society.”

Notably, around the time Scott received her first dose of the COVID shot, Israel researchers reported a possible link between myocarditis and the COVID vaccine in young individuals.

A month later, the CDC acknowledged a possible link between heart inflammation and the Moderna and Pfizer mRNA vaccines, which they claim to now be investigating.

Additional studies also found that heart inflammation was a common adverse reaction of the COVID-19 jab as a result of COVID spike proteins manufactured by the body via the mRNA vaccine. 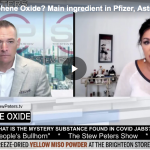 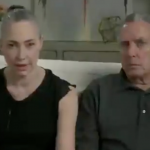