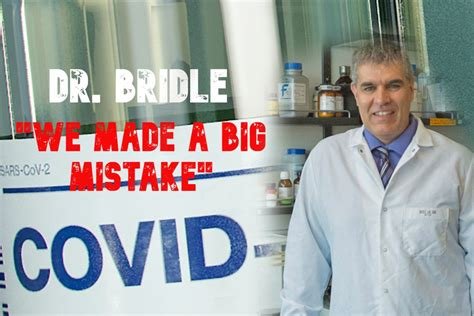 On Point with Alex Pierson” Dr. Byram Bridle, an Associate Professor on viral immunology at the University of Guelph

#CanPoli #CurrentEvents #Ontario #DrChallenge
There is a lot of emerging safety data that is worth talking about revolving around inoculations, masking and physical distancing. We will be joined by special guest Dr Byram Bridle, an Associate Professor of Viral Immunology at the University of Guelph Ontario. You likely know that the University has issued a public debate challenge to Premier Ford and his medical staff.
We hope by hosting this that we can help to encourage a larger number of Canadians to engage in awareness of this opportunity, and thereby create a significant public demand for meaningful discourse with elected officials.
Dr Bridle states that he is particularly passionate about effects of isolation policies on children. We will hear from Dr Bridle how this initiative came about, the objectives they hope to reach, and the reception they expect from the public and the establishment.

Dr. Bridle Concerned Covid Vaccine May Cause Infertility, Circulate in Blood and be Passed to Suckling Babies Through Breastmilk

During an interview on the radio show and Podcast “On Point with Alex Pierson” Dr. Byram Bridle, an Associate Professor on viral immunology at the University of Guelph brought up new peer-reviewed studies that suggested that the vaccine may cause infertility, be passed through breastmilk to a suckling baby and that the spike protein which has long been known as a pathogenic protein can cause damage if it gets into our blood’s circulation – something Dr. Bridle said we now “have clear cut evidence” is occurring.

Dr. Bridle joined the show and said “I’m very much pro-vaccine but always making sure the science is done properly and that we follow the science carefully before going into you know uhh, the public rollout of vaccines.” He was also quick to say that all the information that he would present is backed up by studies.

Dr. Bridle in speaking about the adverse events related to the mRNA vaccines said “we understand exactly why these problems are happening and many others associated with these vaccines and the story is a bit of a scary one.” The doctor then went onto introduce the listeners to his findings.

You can listen to the full podcast here.

Bio-distribution study – where does the mRNA vaccine go after injection?

Doctor Bridle told the listeners that “the Sars-Coronavirus-2 has a spike protein on its surface that spike protein is what allows it to infect our bodies. That is why we have been using the spike protein in our vaccines.” The theory has been that if our cells manufacture that protein, we can mount an immune response against that protein and prevent this virus from infecting the body – but that’s just the theory.

Now at first glance that doesn’t seem too concerning the doctor said because “we’re injecting these vaccines into the shoulder muscle.” He continued his thoughts, “the assumption all up until now has been that these vaccines behave like all of our traditional vaccines. That they don’t go anywhere other than the injecting site so they stay in our shoulder.”  Dr. Bridle then went on to say “however, this is where the cutting edge science is come in and this is where it gets scary.”

Dr. Bridle told the host of On Point that “through a request for information from the Japanese regulatory agency” he and several collaborators had gained access to a bio-distribution study. The doctor told listeners that “It’s the first time scientist have been privy to seeing where these messenger RNA vaccines go after vaccination.” He then asked “in other words is it a safe assumption that it stays in the shoulder muscle? The short answer is absolutely not.”

“The spike protein gets into the blood, circulates through the blood and individuals over several days post-vaccination,” Dr. Bridle told listeners. “Once it gets into the blood it accumulates in a number of tissues such as the spleen, the bone marrow, the liver, the adrenal glands. One that’s of particular concern for me is it accumulates in quite high concentrations in the ovaries.”

*See chart below from bio-distribution report showing high concentrations in ovaries and testes. This is where the concern of infertility comes from.*

Dr. Bridle explained how these findings were backed up by another study. This study showed that 11 of the 13 hospital workers tested who had received two doses of the Moderna mRNA vaccine “showed detectable levels of SARS-CoV-2 protein as early as day one after first vaccine injection.” Simply put, this means that in the vast majority (11 of 13) the spike protein was circulating in the blood – confirming Dr. Bridle’s findings.

Dr. Bridle told listeners that “we have known for a long time that the spike protein is a pathogenic protein. It is a toxin, it can cause damage to our body if it gets into circulation. Now we have clear cut evidence that the vaccines that make the cells in our deltoid muscles manufacture this protein – that the vaccine itself plus the protein gets into blood circulation.”

Once in the blood’s circulation, Dr. Bridle noted that it causes two things to happen. The doctor said, “It can either cause platelets to clump and that can lead to clotting that’s exactly why we’ve been seeing clotting disorders associated with these vaccines.” The second issue the doctor described is that “the protein can also cross the blood-brain barrier and cause neurological damage. That’s why also in the fatal cases of blood clots many times it’s been in the brain.”

“Vaccines actually get transferred through the breastmilk”

Dr. Bridle also brought up a study that had not been formally published yet. The idea of the study was to see if antibodies could be passed through breastmilk. “The idea was that this may be a good thing,” Dr. Bridle said. “However what they found inadvertently was that the vaccines, the messenger vaccines actually get transferred through the breastmilk.“

Dr. Bridle then went onto describe a report that describes exactly this very issue happening. The doctor told listeners that “looking into the adverse event database in the United States we have found evidence of suckling infants experiencing bleeding disorders in the gastrointestinal tract.”

In the VAERS database, we found an event that describes a possible instance of an adverse event with a 5-month-old infant brought on by breastmilk from her Pfizer vaccinated mother. The write-up of the report says that the patient received their second dose of the Pfizer vaccine and a day later her “5-month-old breastfed infant developed a rash” and within 24 hours the baby was “inconsolable.” According to the report, the baby refused to eat and developed a fever. Once brought to a local ER where assessments were performed, blood analysis revealed elevated liver enzymes – something associated with Covid-19 illness.

The doctor also called for a halt on vaccinated individuals giving blood to the Canadian Blood Services. Dr. Bridle said “this has implications for blood donation. Right now Canadian Blood Services is saying people that have been vaccinated can donate. We don’t want the transfer of these pathogenic spike proteins to fragile patients that are being transfused with that blood.”

“We Made a Big Mistake”

Dr. Bridle went on to say that this has “implications for infants that are suckling” and has “serious implications for people for whom Sars-Conravirus-2 is not a high-risk pathogen – and that includes all of our children.”

“The conclusion is we made a big mistake,” Dr. Bridle said, “we didn’t realize it until now. We thought the spike protein was a great target antigen we never knew that the spike protein itself was a toxin and was a pathogenic protein. So by vaccinating people we are inadvertently inoculating them with a toxin. Some people this gets into circulation and when that happens in some people it can cause damage especially in the cardiovascular system.

“We never knew that the spike protein itself was a toxin and was a pathogenic protein. So by vaccinating people we are inadvertently inoculating them with a toxin.”

Dr. Bridle also brought up concerns from the studies about the potential long-term effects. He said, “with it accumulating in the ovaries one of my questions is will we be rendering young people infertile – some of them infertile?”

In closing, this has long been my concern with the Covid vaccines. What are the long-term effects and are we asking the right questions about their safety? The bio-distribution study Dr. Bridle references shows that there is an accumulation of the spike proteins in the ovaries and testes among other areas of the body. Could this lead to infertility in a proportion of vaccinated individuals as Dr. Bridle indicated? What about the long-term effects of the accumulation of these spike proteins in various areas of the body’s tissues? How long does the body continue to accumulate the spike proteins?

Science is never settled and trusting politicians who act as though it is is dangerous. Many concerns are arising with the study of these vaccines yet they still have emergency approval and our freedom to reopen is still hinged on their uptake.

Diverge Media is an independent Canadian media company dedicated to bringing you the stories that matter. We don’t receive government contributions like many of our mainstream media competitors and therefore rely on the generous donations and purchases of our readers/viewers. To help support Diverge please visit our online merch shop or donate in the form below!

I would really like to see this group of doctors and experts with Dr. Bridle to bring up the question of the PCR test in their challenge. I’d like to see a discussion showing that the PCR test is not an accurate or valid test to show a person has Covid-19 and to include in this discussion the fact that cases are being inflated from the overuse of this test. I would also like to see a discussion of the use of the term asymptomatic. I believe it is just a term coined since the socalled Covid pandemic started and a asymptomatic person is really a healthy person not a person without symptoms that will infect another person. Thank-you so much to these doctors and experts in this field for taking up this challenge (if it comes about). The Canadian people are very grateful.

This is an awesome video and information. Thank you one and all for standing up and putting forth this challenge for open and honest debate from our officials. I can’t tell you how many family or friends I’ve lost just for questioning the powers that be…how dare I… They blindly follow the narrative. It’s so disheartening and frightening to see them line up, no questions asked… Thank you, thank you, thank you!

Would love to have the both of you talk on the Max Bernier Show! We need to get the message out and Max has been against lockdowns from the get go. As Dr. Bridle said, quarantine the vulnerable not the healthy!! Can we have a discussion?? Please let me know and I will provide my contact details!!

Yes, these lockdowns are crazy in pei. The government is not trying to bring in Bill C 10 which will add more restrictions to what can be shared online. What’s happening to our democracy