A judge has ordered a group that has filed a proposed class-action lawsuit over the B.C. government’s COVID-19 public health orders to provide more details about its case.

⁣Andrew Brannan worked as an ER and ICU nurse in Canada for 18 years until his recent move with his family to the U.S. to escape Canada’s Covid dictatorship. Previously Andrew has given interviews under the pseudonym ‘Nurse Andrea’, with his face and voice disguised. This is the first time Mr. Brannan is speaking out as himself, revealing what is really happening in our hospitals.
On myocarditis in teenagers….
“In the five years I was in the emergency room I saw one or two cases here and there of myocarditis, but to see a concentration of teenage boys coming to the hospital with chest pain [as we are since the vaccine rollout] is completely unheard of.”
On the ‘vaccines’…
“The most serious cases occurred in the third wave in April 2021. The highest rate of severe respiratory cases, especially in the younger population was after the vaccine rollout….I think that the vaccine precipitated the events we were seeing.”
“The truth is that there are people dying in the ICU of Covid who are double-vaccinated. This whole idea of the pandemic of the unvaccinated is a complete myth.”
On the original ‘pandemic’…
“The concentration of critical care required by these patients was indistinguishable from any other cold and flu season.”
“Occupancy of the ER dropped by more than half after the Covid fearmongering started. There’s no doubt that some people who needed urgent care were dying at home.”
This Content Is Mirrored. Please support the original creator. All credit, royalties and sincere thanks to the original source of this video. https://rumble.com/vodp29-excl….usive-icu-and-er-nur
Andrew Brannan | ER and ICU nurse in Canada | The Truth About the Vaxx & the Pandemic – October 28, 2021
Andrew Brannan, ER and ICU nurse in Canada, The Truth About the Vaxx & the Pandemic, The Strong And Free Broadcast, October 28 2021.

In January, an organization called the Canadian Society for the Advancement of Science in Public Policy filed the constitutional challenge in B.C. Supreme Court in Vancouver.

The non-profit group, which has generated more than $144,000 in a crowd-funding campaign to support the legal action, says it is challenging the premise that the threat of the virus justifies the government’s initial and continued use of emergency powers.

It claims there are several issues, including the way statistics were collected, the method of testing for the virus, and the impact on persons with pre-existing health conditions.

The group wants to have a judge declare the orders of provincial health officer Dr. Bonnie Henry to be of no force and effect.

The B.C. government filed its response to the class-action suit in March, defending its actions as a necessary response to the pandemic, and has several times requested that the plaintiff provide further particulars of the lawsuit.

The case came to court Thursday following an application by the government for information about two aspects of the case.

Following submissions from the lawyers in the case, B.C. Supreme Court Justice David Crerar ordered that the plaintiffs provide further details of the alleged obstruction of doctors.

Those details would include any employees or representatives of the government known to have committed the alleged obstruction.

The judge said it would be in the best interests of the plaintiff to provide those particulars so the defendant can investigate specifics of the allegations.

He said that at this time there would be no requirement for the doctors who are making the claims to identify themselves, but added that at trial there would be a need for them to testify in open court using their names.

But the judge declined to order that further details of individuals who might be impacted by any alleged violation of Henry’s Hippocratic Oath be provided by the plaintiffs.

The hearing was initially delayed as court officials sought to accommodate as many people as possible to participate in the proceedings, which were conducted by teleconference.

The lawyers and the judge were participating from another location and there were indications that as many as 300 people wanted to follow the proceedings.

A lawyer for the plaintiff told the judge that only 100 people were able to listen in to the proceedings by phone and applied for an adjournment.

The judge rejected the adjournment application, saying that to delay the proceedings would affect the tight deadlines that have been set for the case. But he later agreed to give the plaintiff leave to approach court officials to seek a better accommodation for members of the public.

The next court appearance in the case is expected in June. 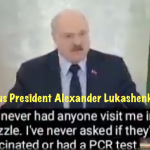 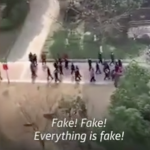