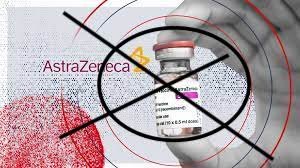 The Covid-19 vaccine developed by AstraZeneca should only be given to people aged 60 and over, Ireland’s vaccine advisory body has said, as the country becomes the latest to slap an age limit on the jab amid blood clot fears.

The Anglo-Swedish pharmaceutical company’s Vaxzevria vaccine is not recommended for the under-60s, including those with high-risk medical conditions or at risk of the virus, the National Immunisation Advisory Committee (NIAC) said on Monday.

Anyone who developed unusual blood clots with low platelets after their first dose of the jab should not be given a second, although people aged under 60 with high-risk medical conditions should have their booster as planned, the NIAC said.

Ireland’s national health service, the HSE, said in a statement on foot of the NIAC advisory that it was canceling all of Tuesday’s vaccine appointments for planned recipients of the AstraZeneca jab while it reviews its overall inoculation rollout. “Following full consideration of the updated guidance, the HSE will advise further in terms of wider implications for the administration of the vaccination programme,” it added.

Germany, Spain, the Netherlands and Italy are among the other EU nations which have all adopted similar strategies in recent weeks.

The Irish body’s update comes after the EU’s drug regulator, the European Medicines Agency (EMA), said last week that unusual blood clots with low blood platelets should be listed as “very rare side effects” of Vaxzevria.

The EMA reviewed 86 cases of blood clotting conditions, 18 of which were fatal, from among the 25 million who have been given Vaxzevria in the UK and Europe. Most cases were in women under 60 within two weeks of their vaccination with the AstraZeneca solution, the EMA said after the review by its safety committee.

On Monday, AstraZeneca released a statement saying that it “recognizes” the NIAC’s decision, but that neither the review by the EMA or that by its UK equivalent “identified any risk factors, such as age or gender.” 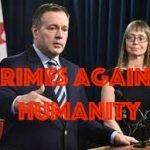 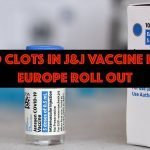