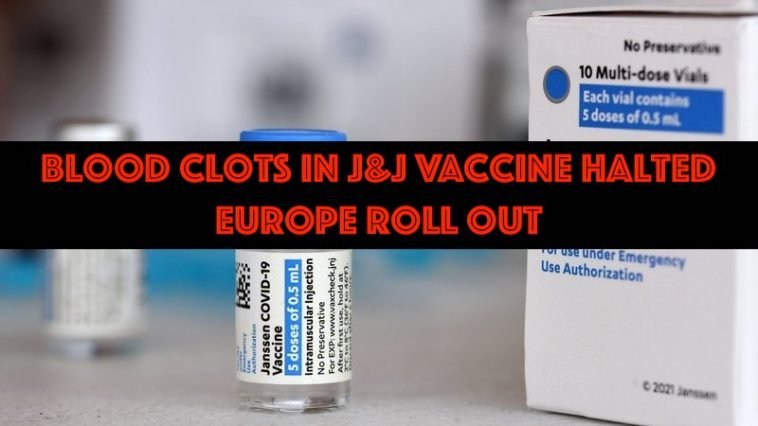 Johnson & Johnson has said it will delay the roll-out of its Covid-19 vaccine in Europe after US authorities moved to suspend use of the shot due to health concerns.

The move is likely to affect Ireland’s vaccination plan as around 600,000 doses were due to be delivered to the country before the end of June.

The US Food and Drug Administration and the Centers for Disease Control moved to “pause” the one-jab Covid-19 innoculation on worries over six reported cases of a rare type of blood clot in the US.

“We have made the decision to proactively delay the roll-out of our vaccine in Europe,” J&J said, adding that it was reviewing the cases with European health authorities.

In a statement, J&J said it is aware of an extremely rare disorder involving people with blood clots in combination with low platelets in a small number of people who received its vaccine.

It said: “Out of an abundance of caution, the CDC and FDA have recommended a pause in the use of our vaccine.

“In addition, we have been reviewing these cases with European health authorities. We have made the decision to proactively delay the roll-out of our vaccine in Europe.”

European officials have said J&J began delivering its vaccine to EU countries yesterday and had committed to delivering 55 million doses to the bloc by the end of June and another 120 million in the third quarter.

The first batch of J&J vaccines has been expected in Ireland around 19 April. About 600,000 doses were due to be delivered here before the end of June.

The move comes a week after European regulators said they had found a possible link between AstraZeneca’s Covid-19 vaccine and a rare blood clotting problem that had led to a small number of deaths.

J&J’s single dose vaccine – most Covid-19 shots are delivered over two doses – and AstraZeneca’s low-cost vaccine are seen as vital tools in the fight against a pandemic that has claimed more than three million lives.

An advisory committee to the CDC will hold a meeting tomorrow to review the cases linked to the J&J vaccine, and the US FDA will review the analysis, the agencies said in a joint statement.

All six recipients were women between the ages of 18 and 48, and the symptoms occurred six to 13 days after vaccination.

Latest coronavirus stories
Analysis: Can Ireland really hit its vaccine targets?
All you need to know about the J&J vaccine

In the cases, a type of blood clot called cerebral venou ssinus thrombosis (CVST) was seen in combination with low levels of blood platelets (thrombocytopenia).

The CDC and FDA said the adverse events appeared to be extremely rare.

J&J said it was working closely with regulators and noted no clear causal relationship had been established between the events and the Covid-19 vaccine made by its Janssen unit.

One woman died and a second in Nebraska has been hospitalised in critical condition, the New York Times reported, citing officials.

As of yesterday, more than 6.8 million doses of the J&J vaccine had been administered in the United States.

J&J’s shares were down 3% before the opening bell.

White House Covid-19 response coordinator Jeff Zients said the J&J decision will not have a significant impact on the country’s vaccination plan and was taken out of “an abundance of caution”.

“This announcement will not have a significant impact on our vaccination plan: Johnson & Johnson vaccine makes up less than 5% of the recorded shots in arms in the United States to date,” Mr Zients said in a statement.

The US move comes less than a week after Europe’s drugs regulator said it was reviewing rare blood clots in four people in the United States who had received the shot.

Europe’s drugs regulator continues to recommend the use of AstraZeneca’s Covid-19 vaccine, saying the benefits outweigh the risks. Several EU countries, however, have limited its use to certain age groups.

Ireland’s National Immunisation Advisory Committee has recommended that the AstraZeneca vaccine be limited to people over 60 years of age.

Australia has no current plans to add J&J’s coronavirus vaccine to its immunisation drive, authorities said, as it moves away from procuring vaccines under review fo rpotential links to blood clots.