Yuval Noah Harari spills the beans: ‘We just don’t need the vast majority of the population’

Technology will ‘make it possible to replace the people’

Top World Economic Forum adviser Yuval Noah Harari has declared in a recent interview that the “vast majority” of the world’s 7.5 billion people are simply no longer needed due to technological advances in artificial intelligence, machine learning and bioengineering.

In one sentence, Harari validated what we “conspiracy theorists” have been saying for years, that globalist power elites want to rid the world of people deemed “useless” in their eyes. That’s why we call them global predators.

“We just don’t need the vast majority of the population,” said Harari, who is a historian, futurist, popular author and, most importantly, the chief adviser to Klaus Schwab, founder and director of the extremely influential WEF.

Every year the WEF entertains thousands of devoted followers at its headquarters in Davos, Switzerland. These devotees include heads of state, congressmen, governors, top corporate CEOs, even Hollywood entertainers and stars from the sports and music world. They are being fed a full diet of propaganda cooked up by Luciferian-influenced intellectuals like Harari and Schwab.

I highly recommend listening to Harari’s interview with Chris Anderson (posted August 9), who is head of the TED media group. Let me know in the comments what you think of his statements and his worldview. 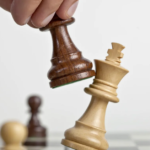 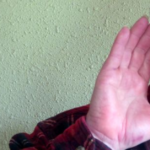