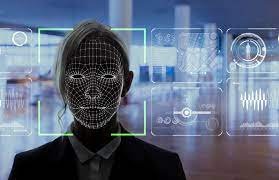 The UK is able to join European Union biometric surveillance schemes such as a pan-European network of police facial recognition databases without having to go through Parliamentary debate or specific scrutiny in Westminster, reports monitoring organization Statewatch.

Less than two years after it initially left the European Union, it emerges that the UK can join policing and security projects via the EU-UK Trade and Cooperation Agreement (TCA). This was approved by British MPs in December and then Members of the European Parliament in April 2021.

“Brexit: Goodbye and hello: The new EU-UK security architecture, civil liberties and democratic control” finds that the UK can opt in to an extension of the Prüm system for cross-border searches of police databases that contain biometric and other data plus a system for mass surveillance and profiling of air passengers which Statewatch reports could be extended to rail, road and sea transport.

Statewatch Director Emeritus Tony Bunyan, a co-author of the report, puts it simply as: “The UK walked out of the front door of a highly secretive EU only to reappear through the back door into an even more secretive permanent institution – the Partnership Council – in which the UK expects to expand its role over time.”

In November 2021 the Council of the EU set out its intention to simplify the rules around mass biometric surveillance by law enforcement, possibly opening up opportunities for private sector providers.

The following month, the European Commission put forward plans for more efficient police collaboration – including facial recognition data-sharing – to counter transnational criminal activity. This could mean the addition of facial images and shared law enforcement records to a bloc-wide police biometrics database. It could cover uncorroborated information in addition to data on protestors and campaigners. This would be an expansion of the existing Prüm framework for exchanging fingerprint biometrics and DNA between EU police forces.

The future of biometric surveillance in Europe is not yet clear, but the UK would be able to join the extended schemes without Parliamentary scrutiny. Only secondary legislation is needed to alter the Prüm system. This is how the UK government removed safeguards to allow EU police to search UK police databases of DNA profiles not just of convicted criminals but suspects too – without consulting Parliament, reports Statewatch.

The report concludes that the “new arrangements create supranational policing and security structures that will be even more opaque and unaccountable than that which existed when the UK was still a member state of the EU.” It finds transparency and potential oversight by police of the TCA to be weak.

“Many of the policing and security arrangements set out in the Trade and Cooperation Agreement do not take back control for anyone but government and state officials, which fits neatly with the current government’s plans to eliminate accountability measures and rights protections,” comments Chris Jones, executive director of Statewatch and a co-author of the report.

“It seems unlikely that those who voted for Brexit were hoping for secretive new institutions that can sign the UK up for continent-wide surveillance systems with no democratic scrutiny.” 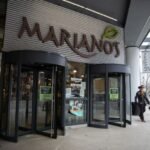 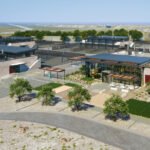