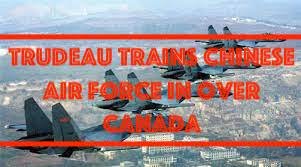 http://www.RebelInvestigates.com Exclusive documents obtained by Rebel News through an Access to Information request detail that Transport Minister Marc Garneau was specifically informed of each time a Chinese pilot was training at a private training facility in Canadian airspace. FULL REPORT by Sheila Gunn Reid: https://rebelne.ws/2QlPojj

What would we do without Rebel News? Canada has become a disgrace to the free world. This government needs to go at the least and tried for treason would be better. God help Canada 🙏🏻🇨🇦

When are they going to wake up to the fact China wants to take over?

Treason, full out treason! Off to jail with Trudeau, do not pass go, do not collect another dollar! Where is justice?

This is treason… if treason will not be pursued, then pursue malfeasance. Trudeau has committed malfeasance against Canada, and if guilty, it is punishable by up to life in prison.

Sure, show them exactly how the Canadian Military operates. Not like they can use this against us or anything 🤫

The moment this was approved Marc Garneau along with Mr. Trudeau and ANYONE else involved should have been tried with treason. I don’t know WHAT happened to our Canadian Military to even go along with this – I would have walked and everyone one of them should have done the same.

why does it surprise anyone Trudeau wants to turn Canada into China? he basically admitted it 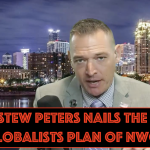 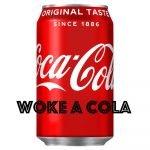