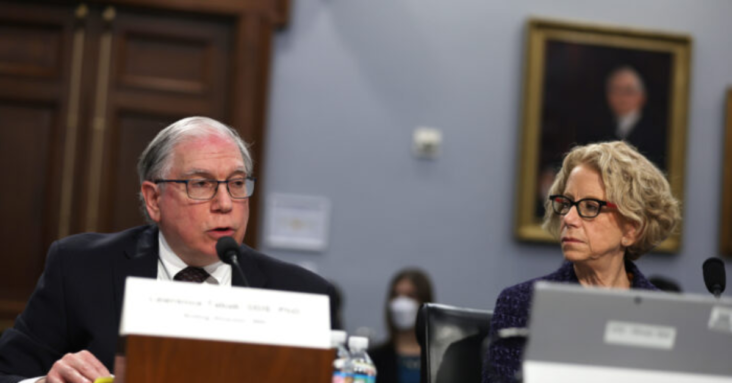 Recipients of secret royalty payments who hold key roles at the National Institutes for Health (NIH) have been revealed by nonprofit government watchdog Open the Books.

Through the federal Freedom of Information Act (FOIA), Open the Books has discovered that payments totaling more than $134 million were paid to more than 1,600 NIH executives, scientists, and researchers by outside firms, thought to be primarily from the pharmaceutical industry, between 2010 and 2014.

The matter was first reported by The Epoch Times in May.

Based on the numbers for that period, OTB projects that about $350 million in such royalty payments were made by outside payers to NIH employees between 2010 and 2020.

Pastan, 91, began his career at the National Institutes for Health (NIH) in 1959 as President Dwight D. Eisenhower was nearing the end of his eight years in the Oval Office. He received 250 royalty payments from firms outside of NIH during the years between 2010 and 2014, according to information obtained recently by Open the Books.

Pastan, who works in NIH’s National Cancer Institute (NCI) Laboratory of Molecular Biology, was paid $297,435 by NIH last year, according to data compiled by the U.S. Office of Personnel Management.

The NIH only turned over the information sought by OTB via the FOIA request after a federal court suit was filed; the agency still hasn’t disclosed the amounts of each individual royalty payment, the identity of the payers, or the nature of the work involved.

Acting NIH Director Lawrence Tabak conceded during a recent congressional hearing that such secret royalty payments create the appearance of a conflict of interest, although he insisted that the agency has sufficient internal safeguards to prevent such an occurrence.

Given Pastan’s exceptionally lengthy career in government, it isn’t surprising that he received the second-highest number of royalty payments, exceeded only by the NCI’s Robert Gallo, who got 271 during the five-year period.

While Gallo left the NIH in 1995, he continued to receive royalty payments for work during his time in government.

A total of 34 NIH people received 100 or more royalty payments, according to data compiled by OTB and provided to The Epoch Times. Only nine of the 34—all between the ages of 68 and 91—are still on NIH’s payroll.

The youngest, Dr. Frank Gonzalez, 68, began working at NIH in 1981; he received 181 royalty payments during the period.

“Without question, these older scientists had careers of merit and distinction,” Adam Andrzejewski, OTB’s president, told The Epoch Times on June 8. “However, most haven’t been the primary author of a scientific paper in years.

“Therefore, it’s an open question whether or not taxpayers are still receiving the best possible production from NIH and its core of older, royalty-receiving scientists.”

Andrzejewski also noted that “a government bureau engaged in cutting-edge scientific discovery must justify why they employ people in their 80s and 90s.

“When those employees earn between $230,000 and $330,000 in taxpayer-paid salaries each year and are ranked in the top 20 of 1,800 scientists receiving hidden third-party paid royalties, there are naturally a lot of questions.

“It’s just another reason why NIH needs to come clean with the American people and produce the full record—which company is making the payment, how much to each scientist, and for what invention,” he said.”

Currently, NIH is refusing to disclose all that information, making it impossible to follow the money.”

The highest-paid among the nine is Dr. Steven Rosenberg, 81, a senior investigator who was paid $329,400 in 2021, and who received 136 royalty payments during the period.

Royalty payments also went to at least three of the top echelon of NIH leaders, including Dr. Francis Collins, the immediate past director of NIH, who got 14 payments. Dr. Anthony Fauci received 23 payments and his deputy, Clifford Lane, received eight payments.

Collins resigned as NIH director in December 2021 after 12 years at the helm of the world’s largest public health agency. Fauci is the longtime head of NIH’s National Institute of Allergy and Infectious Diseases (NIAID), as well as chief medical adviser to President Joe Biden. Lane is the deputy director of NIAID, under Fauci.

The royalty payments by outside payers are made possible by the nature of the work conducted by NIH and its divisions.

As a part of the U.S. Department of Health and Human Services (HHS), according to OTB, the NIH “is the largest biomedical research agency in the world. NIH grants over $32 billion in funding to research institutions around the world, and employs thousands of scientists to conduct research in-house.

“When an NIH employee makes a discovery in their official capacity, the NIH owns the rights to any resulting patent. These patents are then licensed for commercial use to companies that could use them to bring products to market.

“Employees are listed as inventors on the patents and receive a share of the royalties obtained through any licensing, or ‘technology transfer,’ of their inventions. Essentially, taxpayer money funding NIH research benefits researchers employed by NIH because they are listed as patent inventors and therefore receive royalty payments from licensees.” 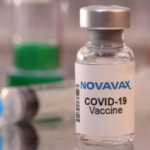