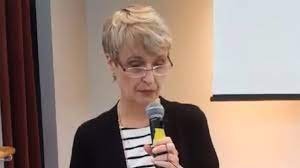 Why Is Media Withholding Critical Information about Ivermectin

The first, of course, is against the coronavirus.

The second has its sights on a broad and amorphous target called “medical misinformation.” This campaign aims, at least in part, to control what people read, see and know about potential treatments for COVID-19. Firmly in its crosshairs is a cheap, generic drug that just might turn this pandemic around, ivermectin.

In this second battle, YouTube videos are removed. Twitter accounts with thousands of followers are purged. Facebook posts and groups are disappeared. These are the overt acts of censorship of ivermectin and other treatment contenders.

More covert is the mainstream media’s aversion to reporting virtually anything promising about early COVID treatment, including on 42 studies that collectively say ivermectin could reduce COVID deaths by 75 to 83 percent. What little is reported is that ivermectin is experimental and unproven – a drug that’s used to treat scabies and river blindness in people and parasites in horses.

For perhaps those reasons, Cheryl Jarrett, 64, initially rejected her doctor’s suggestion that she take ivermectin when diagnosed with what seemed a mild case of COVID. She changed her mind on day three, when she struggled to breathe after climbing her stairs, and a scan showed COVID infiltrates in 25 percent of her lungs.

“I took it,” she told me. “Within 2 hours I was fine.” She tried the stairs again. No problem.

There are many stories like Jarrett’s. You won’t find them in the press or on Wikipedia, a common source of ivermectin information. Share them on Facebook and you might get barred from posting, as Jarrett’s doctor, Bruce Boros, recently was.

Control of the ivermectin message ostensibly is done under the guise of protecting public health. But the effort is instead doing the opposite, according to interviews with advocates, doctors and analysts.

“There’s a war on misinformation which is hurting good information,” said Dr. Pierre Kory, president of a group of doctors advocating the drug called Frontline COVID-19 Critical Care Alliance, or FLCCC. “We have all the data showing massive mortality benefits of ivermectin. The less that’s being known about it, the more deaths are resulting.”

The effort to manage COVID treatment information has its roots, in part, in a sad chapter in American science and journalism: The Trump endorsement last spring of hydroxychloroquine. In an instant, early treatment was turned into a right-wing myth of interest only to Fox News. The rest of the press was merciless in repeating assertions that a reliable pharmaceutical workhorse used for several diseases was dangerous for COVID. Multiple studies have since refuted that and shown effectiveness in early illness, something most people do not know.

Dr. Mobeen Syed was among the first last March to explore HCQ’s potential in a YouTube video that went viral and landed him in a love-it/hate-it, right/left firestorm. “I started getting so many threats,” he said, prompting him to take the piece down himself.

After that, however, YouTube itself decided what the 250,000 subscribers to Drbeen Medical Lectures should see, removing videos willy-nilly, it seemed, on Vitamin D, remdesivir and, what others said was frequently censored, ivermectin.

Among other examples of this new censorship trend:

In a hint at how vast the censorship is, Facebook asserted proudly in a Feb. 8 website post that it had “removed more than 12 million pieces of content on Facebook and Instagram containing misinformation that could lead to imminent physical harm.” Seven of my posts, on an article I wrote with multiple links to the science of ivermectin, were stricken with that label. (I got off on a 14-hour posting ban.)

My efforts were fruitless to get Facebook, Twitter or Google, which owns YouTube, to explain the methodology it uses to censor. In a public post, YouTube says it disallows information that “contradicts local health authorities” and the World Health Organization. Twitter maintains it culls “content that is demonstrably false or misleading and may lead to significant risk of harm.”

But who actually decides on a video or post? Are algorithms by technicians making the decisions or scientists and doctors? Should government guidelines be the ultimate yardstick when these are evolving — and sometimes wrong?

At the outset of COVID, officials actually advised against wearing masks and treating COVID with corticosteroids; both are common practices now that are saving lives.

Moreover, government decisions in a previous plague show how fallible they can be. In 1987, HIV-AIDS activists implored Dr. Anthony Fauci to endorse the use of Bactrim and other sulfa drugs to prevent a virulent AIDS-related pneumonia. The government waited two years for more data, during which, Sean Strub recounts in his memoir, “Body Counts,” 17,000 people died.

What Fauci wanted then and wants today is a bigger, better, well-designed study – even if the result of waiting for it is a higher death toll.

Steve Kirsch, a California entrepreneur, has funded research on an anti-depressant-turned-anti-COVID treatment called fluvoxamine that holds huge promise for eliminating COVID early. As with ivermectin, the drug is meeting resistance.

In a Feb. 26 article in Quora, Kirsch argued that the bar for acceptance of already approved drugs must be lowered, given their known safety and efficacy. “We have evidence-based treatments today that have a high probability to significantly reduce the hospitalization and death…with virtually no incremental risk,” he wrote. “It thus is wrong, and an unnecessary loss of life, to ‘wait for more data.’” He called fluvoxamine and ivermectin the two most promising drugs for early COVID treatment.

On Dec. 27, Twitter suspended an account called @CovidAnalysis, which had been followed by nearly 7,000 people. The account, run by anonymous scientists, routinely tweeted on COVID treatment research, and continues to summarize and analyze its implications on its website. I’m not alone in relying on its informed interpretation, which is at times guarded and critical.

Twitter provided no warning before exorcising the account and hasn’t answered the group’s request for an explanation since. Commented one follower, @c19d3k2, “I really have to wonder how close to #1984 we have edged by now.”

Other accounts have also been purged, including that of a prominent and early hydroxychloroquine supporter, Dr. Zev Zelenko, who had more than 150,000 followers.

Put aside for a minute the implications of efforts to control what Americans and citizens around the world know – about anything. Not too long ago, such control was unthinkable.

Now consider that ivermectin is an FDA-approved drug that is on the WHO list of Essential Medicines. Among more than three dozen trials are 19 peer-reviewed studies and 21 randomized controlled trials. They show ivermectin works at various stages against the SARS-CoV-2 virus. It stopped infection cold in healthcare workers in three Argentinianstudies and one involving 4,000 people in India. It shut down early illness in studies from Pakistan and Bangladesh. It kept people alive in Egypt and in a study in Broward County, Florida.

Doctors largely don’t know this. Nor does the general public.

I found too many examples of early treatment censorship to list them all here, including the purging of a 4,000-member Facebook group called COVEXIT.com that often discusses hydroychloroquine, and removal of a popular video by Dr. Christy Risinger imploring regulators to consider ivermectin science. Nonetheless, the blackout surely isn’t complete. There is still plenty of ivermectin information on YouTube, Facebook and Twitter.

But the censor’s knife, the image of the drug as a right-wing construct, and the resistance of the media to report most anything on early treatments have all taken a toll. Ivermectin, it seems, is unacceptable in public discussion of early COVID treatment.

Here’s how this plays out: Three press reports explored the myriad factors driving down COVID in India — on NPR, the Wall Street Journal and Washington Post. Yet each conspicuously made no mention of treatment, despite India’s widespread use of ivermectin and hydroxychloroquine, which surely deserved discussion.

I asked a widely published science writer, Esther Landuis, her thoughts on this: “In general it seems that the over politicized hydroxychloroquine debacle has muddied the waters for mainstream science magazines,” she told me. “Many outlets are afraid to be wrong about another repurposed drug; they are waiting for definitive data from a Phase 3 RCT (randomized controlled trial) with thousands of patients.”

The Upshot of Silencing

Ivermectin research shows the drug is most effective in preventing and quelling early infection – uses that would keep people out of hospitals and prevent long-haul symptoms. Yet ivermectin censorship robs patients of treatment with a safe drug that could be used off label and with informed consent. Many drugs are used this way, particularly in ICUs, where patients may be on a dozen medications in hopes that something works.

But ask for ivermectin for a family member, and you’ll likely be told, as one family member of a patient was, “We don’t use that here.” As a consequence, families of hospitalized patients sometimes go to great lengths to get it.

The family of a Texas man, 67, plotted to smuggle ivermectin to him in food then had lawyer intervene to secure the drug. Two New York state families got court orders to allow women, 80 and 65 years old, to be given ivermectin – but only prescribed by their personal physicians. When Dr. Erica Espinosa thought she would lose her husband – also a physician — to COVID-19, she arranged to fly him to a Houston hospital (six air ambulance companies declined) because it uses a protocol that includes ivermectin. Few hospitals do.

In those four cases, all but the Texas man rallied after getting ivermectin, and his treatment delay surely did not help. His death on Feb. 5 devastated his family; he left a wife of 40 years, two sons and daughters-in-law, and six grandchildren.

Dr. Bruce Boros, Cheryl Jarrett’s doctor and the owner of three urgent care centers in the Florida Keys, recently served time in what he and others call “Facebook Jail,” having run afoul of ivermectin censors. That’s small potatoes to Boros, however, who treated one hospitalized patient, Kyle Carter, by having ivermectin delivered to his bedside and directing him by phone on how much to take. (The hospital said it didn’t have the drug and then delayed giving it while Carter struggled to breathe.)

“Within 12 hours,” Carter told me, “I was feeling pretty fantastic. I knew that something had changed.” He still doesn’t know if the hospital was aware he’d taken ivermectin.

Two hundred patients later, Boros says this: “If your doctor doesn’t give this to you, get another doctor.”

If only it were that easy.

***Mary Beth Pfeiffer is an investigative journalist and the author of two books. Her website: www.thefirstepidemic.com.

Note that views expressed in this opinion article are the writer’s and not necessarily those of TrialSite News LLC. 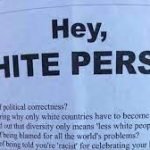 Home » Health » The War on ‘Misinformation’ Claims Two Victims. Truth. And the Right to Ivermectin.