The U.S. Supreme Court is Taking Up a Major Case on Election Integrity — And Democrats are Already Panicking

The United States Supreme Court will be hearing a major case on election integrity that promises to strip away the ability of states to rig elections via the courts or executive decrees.

The case, known as Moore v. Harper, is docketed to be heard in the nation’s highest court next session. It concerns the “independent state legislature” theory, which holds that the Constitution only gives the power to the state legislative branches to change election laws — an obvious point of concern with 2020 election integrity in Georgia, Pennsylvania, Michigan and Wisconsin, among

The court is poised to determine the question: “Whether a State’s judicial branch may nullify the regulations governing the ‘Manner of holding Elections for Senators and Representatives . . . prescribed . . . by the Legislature thereof,” U.S. CONST. art. I, § 4, cl. 1, and replace them with regulations of the state courts’ own devising, based on vague state constitutional provisions purportedly vesting the state judiciary with power to prescribe whatever rules it deems appropriate to ensure a ‘fair’ or ‘free’ election.”

Rep. Alexandria Ocasio-Cortez was so distraught over the Supreme Court finally taking up the case that she lashed out by calling it a ‘judicial coup.’ Former President Bill Clinton said people should be ‘panic-stricken.’ However, the case points towards the opposite conclusion: It would restore power to the people in the elected state legislatures to prevent rogue judges and authoritarian executives to undermine the will of the people.

Interestingly, the Supreme Court did not initially take up the important case. The general timeline to the 2022 legal case being accepted for review was provided by Ballotopedia:

On February 25, 2022, prior to the state’s primary election on May 17, Republican state legislators filed an emergency appeal with the U.S. Supreme Court, asking to halt the state court’s order until SCOTUS could review the case. The court denied the request. Justices Samuel Alito, Clarence Thomas, and Neil Gorsuch dissented. In the dissent and in a concurrence by Justice Brett Kavanaugh, the justices stated that the independent state legislature doctrine was an important question for the court to resolve.

On March 17, 2022, Speaker of the North Carolina House of Representatives Timothy K. Moore (R) filed a petition for a writ of certiorari in the case. The court granted review on June 30, 2022.

On November 4, 2021, the North Carolina General Assembly adopted a new congressional voting map based on 2020 Census data. The legislature, at that time, was controlled by the Republican Party. In the case Harper v. Hall (2022), a group of Democratic Party-affiliated voters and nonprofit organizations challenged the map in state court, alleging that the new map was a partisan gerrymander that violated the state constitution. On February 14, 2022, the North Carolina Supreme Court ruled that the state could not use the map in the 2022 elections and remanded the case to the trial court for further proceedings. The trial court adopted a new congressional map drawn by three court-appointed experts.

The radical media have blasted the court potentially ruling in favor of the independent state legislature theory in one-sided fashion.

The left-wing Brennan Center for Justice called Moore v. Harper “an appeal advocating for extreme interpretation of the Constitution that could make it easier for state legislatures to suppress the vote, draw unfair election districts, enable partisan interference in ballot counting.”

But state legislatures are more accountable to the voters than activist judges and left-wing executives: Gavin Newsom successfully withstanding a recall bid, and New York’s unelected loose-cannon Governor Kathy Hochul are indicative of the Democrats’ ability to rule undemocratically, violate millions of people’s constitutional rights, and somehow be impervious to removal.

In hyperbolic fashion, the usual suspects are arguing that an adverse decision would be tantamount to a “coup,” when that is a grotesque distortion of restoring election accountability to voters. It is yet another sign that the real ‘coup’ plotters are those who seek to weaponize the federal courts and bureaucratic agencies to impose rules and mandates on voters with no direct recourse.

Ironically, the 2022 case would directly reflect on the Supreme Court’s injustice of failing to take up Texas Attorney General Ken Paxton’s 2020 case that “the Electors Clause requirement that only state legislatures may set the rules governing the appointment of electors and elections and cannot be delegated to local officials. The majority of the rushed decisions, made by local officials, were not approved by the state legislatures, thereby circumventing the Constitution.”

The Supreme Court has a chance to put an end to the Democrats’ strategy of installing a ‘revolving door of tyrants’ who chip away at the constitutional foundations of the republic. God willing, they will take up this case and rule prudently before it is too late. 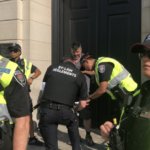 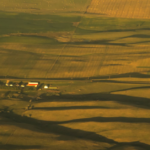 Home » World » The U.S. Supreme Court is Taking Up a Major Case on Election Integrity — And Democrats are Already Panicking