To note, the World Health Organization has long held that a temperature no colder than 20°C is recommended for children, the elderly, and those with existing health conditions.

Markus Spörndli, a spokesperson of the Swiss Department of Economics (DEF) explained that “infringements of the law on the supply of the country are always misdemeanors, even […] crimes, and must be prosecuted ex officio by the cantons.”

The fine to be imposed on consumers found to be violating the new energy laws will range from 30 francs up to a maximum of 3,000 francs per day, Spörndli said, confirming the amount would be dependent on the nature of the offense and the economic situation of the perpetrator.

Furthermore, willful violations of the government guidelines could see consumers jailed for up to three years in prison, something Spörndli says the government hopes to avoid.

“The draft ordinances are based primarily on the fact that the vast majority of the population respects the laws,” he added.

Economy Minister Guy Parmelin told a press conference at the Federal Council last Wednesday that Switzerland is “not a police state,” but it is understood, as reported by Swiss news outlet Blick, that there may be spot checks undertaken to ensure people are complying with the rules.

Swiss cantons now have until Sept. 22 to discuss the proposals and address how they may be enforced, with some officials concerned they may be inundated with citizen complaints from nosy neighbors.

As such, the DEF only expects fines to be dished out “if the infringement was reported and checked and could then be proven.”

However, police chiefs believe enforcement will be difficult.

“There are still a few open questions that need to be clarified,” Fredy Fässler told Blick, adding that he does not want to see the energy police going door to door: “We want to apply the ordinance with discernment.”

As we previously highlighted, numerous other European countries are introducing similar restrictions in the face of a worsening energy crisis following the shut down of the Nord Stream 1 pipeline.

French economist Charles Gave said many more people aren’t buying the narrative that Vladimir Putin is solely to blame for the crisis.

“For the last 15 years, our European leaders have gone into a climate craze, promoting magic mirrors and windmills as the solution. It does not work. These solutions demand the same capacity in gas power plants,” Gave said. 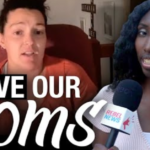 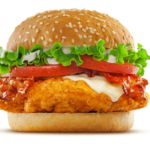