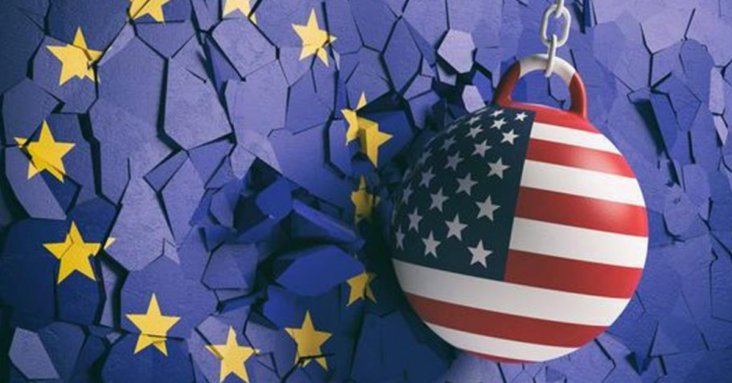 As the first newspaper in Europe, Swedish Nya Dagbladet published what appears to be the U.S. classified plans to crush the European economy with a war in Ukraine and an induced energy crisis.

In what appears to be an exceptional internal leak from the close-to-government think tank RAND Corporation, known among other things to have been behind American foreign and defense policy strategy during the Cold War, a detailed account is given of how the United States planned the energy crisis in Europe.

The document, dated January, acknowledges that the aggressive foreign policy pursued in Ukraine will pressure Russia into having to intervene militarily in the country.

Read also: Check out our coverage on curated alternative narratives

The purpose, they explain, is to introduce a sanctions package that has been prepared for a long time.

The E.U.’s economy, it states, “will inevitably collapse” as a result of this – and it rejoices, among other things, that resources up to 9,000 billion dollars can flow to the United States and that well-educated European youth will be forced to emigrate.

Their main goal is to divide Europe – especially Germany and Russia – and destroy the European economy by getting ‘useful idiots’ in politics to stop Russian energy supplies to the continent.

On Sept. 14, RAND sent out a press release claiming the document was a fake.

However, this is not a convincing argument because the document – if genuine – is classified.

RAND cannot confirm its authenticity as long as it is classified.

Some excerpts from the alleged RAND document:

The present state of the U.S. economy does not suggest that it can function without financial and material support from external sources.

The quantitative easing policy, which the Fed has resorted to regularly in recent years, and the uncontrolled cash issue during the 2020 and 2021 Covid lockdowns, have led to a sharp increase in external debt and an increase in the dollar supply.

There is an urgent need for resources to flow into the national economy, especially the banking system.

Only European countries bound by the E.U. and NATO commitments can provide them without significant military and political costs for the U.S.

The biggest obstacle to this, according to RAND, is the growing independence of Germany.

Among other things, it is pointed out that Brexit has given Germany greater autonomy and made it more difficult for the U.S. to influence the decisions of European governments.

” If Germany and France cooperate, they will become not only an economic competitor to the United States but also a political one “.

A critical goal that pervades the cynical strategy is to destroy the cooperation between Germany, Russia, and France, which is seen as the most significant economic and political threat to the United States.

An additional factor contributing to Germany’s economic independence is Brexit.

With the withdrawal of the U.K. from the E.U. structures, the U.S. has lost a meaningful opportunity to influence the negotiation of cross-governmental decisions.

Fear of a damaging U.S. response determines the relatively slow speed of those changes.

If one day the U.S. abandon Europe, there will be a good chance for Germany and France to get to a complete political consensus.

Then Italy and other Old Europe countries – primarily the former ECSC members – may join it on certain conditions.

Britain, which is currently outside the E.U., will not be able to resist the pressure of the Franco-German duo alone.

If implemented, this scenario will eventually turn Europe into an economic and political competitor to the United States.

An increase in the flow of resources from Europe to the U.S. can be expected if Germany begins to experience a controlled economic crisis.

The pace of economic development in the E.U. depends almost without alternative on the state of the German economy.

Due to coalition constraints, the German leadership is not in complete control of the situation in the country.

Thanks to the U.S.’s precise actions, it has been possible to block the commissioning of the Nord Stream 2 pipeline.

The only feasible way to guarantee Germany’s rejection of Russian energy supplies is to involve both sides in the military conflict in Ukraine.

Our further actions in this country will inevitably lead to a military response from Russia.

The prerequisite for Germany to fall into this trap is the leading role of green parties and ideology in Europe.

The German Greens are an intensely dogmatic, if not a zealous movement, which makes it relatively easy to make them ignore economic arguments.

A reduction in Russian energy supplies – ideally, a complete halt of such supplies – would lead to disastrous outcomes for German industry.

Lockdowns in industrial enterprises will cause shortages of components and spare parts for manufacturing, a breakdown of logistic chains, and, eventually, a domino effect.

The cumulative losses of the German economy can be estimated only approximately.

Even if the restriction of Russian supplies is limited to 2022, its consequences will last for several years, and the total loss could reach 200 to 300 billion euros.

Not only will it deliver a devastating blow to the German economy, but the entire E.U. economy will inevitably collapse.

RAND writes they are not talking about a decline in economic growth pace, but a sustained recession and a decline in GDP only in material production by 3 to 4% per year for the next 5 to 6 years.

Another inevitable consequence of a prolonged economic recession will be a sharp drop in living standards and rising unemployment (up to 200k to 400k in Germany alone), which will entail the exodus of skilled labor and well-educated young people.

There are no other destinations for such migration other than the U.S. today. 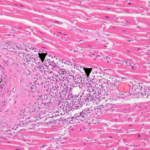