Back in July, Utah County Sheriff’s office announced that County Attorney David Leavitt and his wife were subjects of a child sex abuse investigation approximately 10 years ago involving ritualistic sexual abuse. Dozens of victims stepped forward at the time to make allegations against at least 15 members of the community.

The alleged sex ring operated in Utah, Juab, and Sanpete counties in Utah between 1990 and 2010.

Leavitt called for the sheriff’s resignation after the allegations were made public.

Leavitt told reporters earlier today that he and his wife were accused of cannibalizing young children and murdering young children. Leavitt called the accuser and victim in the case “tragically mentally ill.”

Attorney Leavitt also called for an investigation of Sheriff Smith’s handling of the allegations.

On Wednesday, the Utah County Sheriff’s Office made its first arrest in the case.

David Hamblin, a former therapist who lost his license, was arrested as a suspect in the ritualistic sex abuse case.

He was previously accused of rape but the charges were dropped.

Former therapist David Hamblin, 68, who was previously charged with 18 counts of sexual assault, was taken into custody Wednesday morning and booked on the following:

According to records obtained by FOX 13 News, Hamblin had previously confessed to sexually assaulting at least one of his female family members in an undercover phone recording. While the Utah County Attorney’s Office dropped all charges, Hamblin lost his license and was excommunicated from The Church of Jesus Christ of Latter-day Saints.

In April, Brett Bluth, one of Hamblin’s alleged victims, described a long period of abuse and grooming by Hamblin as he tried to “heal” Bluth of his homosexuality.

Authorities say they believe there will be more arrests coming.

Warning: This video is disturbing. 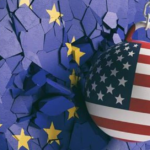