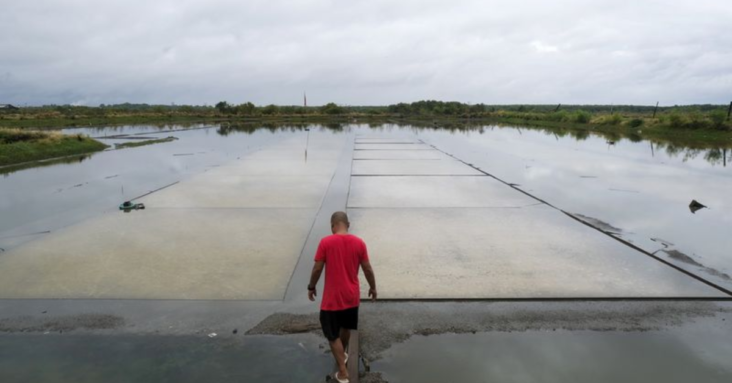 A top soft-drinks maker with no sugar, a burger joint out of onions and kitchens short of salt underscore the dependence of the Philippines on food imports and illustrate some of the cost pressures fueling inflation.

The country not only buys sugar, salt and garlic from abroad, but also imports a raft of other food commodities such as rice, wheat, corn and soybean meal, and that’s after global farm prices surged to a record this year on the back of lower world supply caused by drought, heat and Russia’s invasion of Ukraine.

Inflation in the Philippines is near the highest since 2018, partly because of elevated food and transport prices. While costlier imports have contributed to the rise, local drivers such as devastating storms, import policy reversals and hoarding have played their part. Rising food and fuel costs have hit economies worldwide because of extreme weather and Russia’s invasion of Ukraine.

Food policy has become such a core concern for the Philippines that the President, Ferdinand Marcos Jr., has taken on the role of agriculture secretary and is proposing a 44% hike in the department’s budget to prioritize farming.

The Philippines is one of the Asian countries most at risk from volatile farm prices because food makes up almost a half its inflation basket and the nation imports a hefty chunk of its needs, according to Moody’s Investors Service.

In a clear sign of the sugar shortage, Coca-Cola Beverages Philippines Inc. said in August it had halted operations at four plants because there’s no sweetener available. Juan Lorenzo Tañada, its corporate and regulatory affairs director, told senators that the beverage industry needs at least 450,000 tons of premium refined bottler-grade sugar to operate at full capacity for the rest of the year, and imports would prevent companies from laying off workers.

Burger King Philippines said in a social media post last month that it’s offering customers extra lettuce and tomato in exchange for onions, which it said are “a bit hard to come by these days.”

“The food items having shortages are very close to the Filipino kitchen,” said political science associate professor Jean Franco from the University of the Philippines. “People will judge Marcos based on whether the prices actually go down.”

Some of the products in short supply:

The nation missed its sugar production target after weather and high fertilizer costs cut harvests. Imports early in the year were delayed by a court order requested by producers who said the overseas purchases were poorly timed.

In August, the sugar regulator approved a plan to import as much as 300,000 tons, but this was overturned by Marcos a day later. In a further apparent reversal, Marcos said later that the country was indeed looking to import sugar to tame price increases. Still, the government has said the shortage is artificial and caused by traders hoarding supply.

Even though the Philippines is an archipelago with thousands of kilometers of coastline, salt is in short supply. The country imports more than 90% of its needs because production has declined over the years. Business leaders say that a law some years ago that required the addition of iodine to salt killed the industry. The agriculture department is looking at ways to revive it.

Senator Imee Marcos, the president’s sister, asked the agriculture department to conduct an inventory of white onions after prices soared. Her brother’s department said the outlook for supplies, including red onions, is sufficient, but it is studying whether there’s deficit in the white variety.

The agriculture department plans to confiscate white-onion and sugar stockpiles suspected of being hoarded and sell them to the public at lower prices, Undersecretary Domingo Panganiban said in a television interview. The country also imports much of the garlic it consumes, and the government is looking to boost local production.

The country is a chronic importer of corn and soybean meal, used for animal feed, and rice and wheat. The US Department of Agriculture forecasts overseas corn purchases to rise by half to 900,000 tons in 2022-23 from 12 months earlier, a record in data going back to 1960-61. Soybean meal purchases have held above 2.6 million tons every year since 2015-16. The nation is the world’s biggest rice importer after China, and a major wheat buyer, USDA data show.