WA’s Police Commissioner will be handed sole responsibility for making a COVID-19 “declaration” that would hand his officers the ability to enter homes and confiscate property without a warrant in legislative changes blasted as “draconian” by Opposition on Wednesday.

A Bill to be rushed through Parliament’s Lower House on Wednesday would remove the requirement for the Emergency Services Minister to declare a state of emergency.

Instead, the Police Commissioner – after seeking advice from the Chief Health Officer – would have the discretion to make a “Temporary COVID-19 declaration” lasting three months that would bestow his officers with the right to “take control of or make use of any place, vehicle or thing”.

The exact same powers are included in the Emergency Management Act, which Premier Mark McGowan has said would be superseded by the framework permitted under the new Bill.

The new legislation, when enacted, would allow an end to the state of emergency that has been in place in WA continuously since the early days of the pandemic.

Under the new temporary COVID declaration, WA would no longer be able to shut its borders or require people entering the state from another Australian jurisdiction to apply for a G2G pass or any other of application.

However, Opposition Leader Mia Davies – who was only briefed on the new Bill at 6pm on Tuesday – said the end of border closures was the only practical difference between the current state of emergency powers and what was proposed in the new legislation.

She also raised serious concerns about the diminished role of government in the new legislation, which completely removes the requirement for the Emergency Services Minister to renew the state of emergency declaration every fortnight.

“The provisions in the bill hand the powers to the State’s Emergency Coordinator – which is the Police Commissioner – without any oversight from the Premier or the parliament,” Ms Davies said.

“It’s a state of emergency with a different name with more draconian powers.”

“Other states have managed to put together packages that gave the parliament or the government of the day the opportunity for oversight and to make sure that there were accountability mechanisms built in.

“There is none of that in this.”

Shadow Emergency Services Minister Martin Aldridge said while interstate border closures would no longer be permitted, there was nothing in the new legislation to prevent police from barring travel between different regions within WA – as occurred in 2020 – or forcing arrivals into quarantine.

Liberal leader David Honey said there was no justification for West Australians to continue to be subjected to a state of emergency, or the similar powers outlined in the new legislation – which has a sunset clause bringing its powers to an end two years after it is passed.

“The Premier is engaging in some sort of Orwellian newspeak or doublethink if he expects the people of Western Australia to believe that this bill replaces the state of emergency,” Mr Honey said.

“In fact, this Bill continues to state of emergency for the next two years.”

Premier Mark McGowan was not in Parliament on Wednesday ahead of attending the national memorial service for Queen Elizabeth II in Canberra on Thursday.

A spokeswoman for the Premier said the Liberals and Nationals had continually “undermined” the government’s COVID response and that the powers in the new Bill were “limited” compared to a state of emergency declaration.

“The Bill includes the ability to control or use property are for the purposes to manage COVID-19 at a particular point in time,” she said.

“For example it would allow for WA Police to quickly set-up accommodation and establish an operation centre such as the successful Operation Tide which was initially based at Optus Stadium.

“The Bill ensures that necessary temporary powers are available to support the State’s ongoing management of COVID-19 for the next two years – if required, however it will fall away at two years if not required.

“The State Emergency Coordinator and the Chief Health Officer were involved in the development of the Bill and support the Bill.” 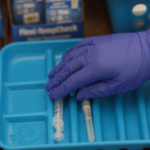 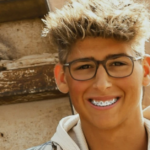