Voters overwhelmingly approved the recall in a special election, according to tallies by the San Francisco Department of Elections.

“The voters of this city have delivered a clear message that the school board must focus on the essentials of delivering a well-run school system above all else,” Mayor London Breed said in a statement. “San Francisco is a city that believes in the value of big ideas, but those ideas must be built on the foundation of a government that does the essentials well.”

Breed will now appoint board replacements who will serve until another election in November.

The election was the first recall in San Francisco since 1983, since a failed attempt to remove then-Mayor Dianne Feinstein.

The school board has seven members, all Democrats, but only three were eligible to be recalled: school board President Gabriela López, Vice President Faauuga Moliga and Commissioner Alison Collins.

Opponents called the recall a waste of time and money as the district challenges that include a $125 million budget deficit and the need to replace retiring Superintendent Vincent Matthews.

Parents in the politically liberal city launched the recall effort in January 2021 out of frustration over the slow reopening of district schools, while the board pursued the renaming of 44 school sites and the elimination of competitive admissions at the elite Lowell High School.

“The city of San Francisco has risen up and said this is not acceptable to put our kids last,” said Siva Raj, a father of two who helped launch the recall effort. “Talk is not going to educate our children, it’s action. It’s not about symbolic action, it’s not about changing the name on a school, it is about helping kids inside the school building read and learn math.”

The mayor, one of the most prominent endorsers of the recall, praised the parents, saying they “were fighting for what matters most -– their children.”

The pressures of the pandemic and distance learning have merged with politics nationwide, making school board races a new front in a culture war as resentments over COVID-19 reach a boiling point. Republicans are increasingly looking to the education fight as a galvanizing issue that could help them sway voters.

In San Francisco, one of the nation’s most liberal cities, the recall effort split Democrats. Breed, a Democrat, had criticized the school board for being distracted by “political agendas.”

Collins, Lopez and Moliga had defended their records, saying they prioritized racial equity because that was what they were elected to do.

Both sides agreed that San Francisco’s school board and the city itself became the focus of an embarrassing national spotlight.

One of the first issues to grab national attention was the board’s January 2021 decision to rename 44 schools they said honored public figures linked to racism, sexism and other injustices. On the list were Abraham Lincoln, George Washington and trailblazing U.S. Sen. Dianne Feinstein, D-Calif.

The effort drew swift criticism for historical mistakes. Critics said it made a mockery of the country’s racial reckoning. Angry parents asked why the board would waste time renaming schools when the priority needed to be reopening classrooms.

After an uproar, the school board scrapped the plan.

Collins came under fire again for tweets she wrote in 2016 that were widely criticized as racist. In them Collins, who is Black, said Asian Americans used “white supremacist” thinking to get ahead and were racist toward Black students.

Racism against Asian Americans has come under a renewed focus since reports of attacks and discrimination escalated with the spread of the coronavirus, which first appeared in late 2019 in Wuhan, China.

Collins said the tweets were taken out of context and posted before she held her school board position. She refused to take them down or apologize for the wording and ignored calls to resign from parents, Breed and other public officials.

Collins turned around and sued the district and her colleagues for $87 million, fueling yet another pandemic sideshow. The lawsuit was later dismissed.

Many Asian parents were already angered by the board’s efforts to end merit-based admissions at the elite Lowell High School, where Asian students are the majority.

As a result, many Asian American residents were motivated to vote for the first time in a municipal election. The grassroots Chinese/API Voter Outreach Task Force group, which formed in mid-December, said it registered 560 new Asian American voters.

Ann Hsu, a mother of two who helped found the task force, said many Chinese voters saw the effort to change the Lowell admissions system as a direct attack.

“It is so blatantly discriminatory against Asians,” she said.

In the city’s Chinese community, Lowell is viewed as a path children can take to success. 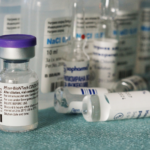 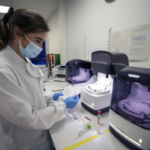