Russia and China have agreed to develop shared financial structures to deepen economic ties in a way that will not be affected by pressure of third countries. The move will help both countries reduce the threat of the US government’s long-arm jurisdiction based on the US dollar denominated. SWIFT international payment network.

Yuri Ushakov, Putin’s foreign policy advisor, has stated that both countries intend to increase the use of their national currencies in mutual settlements and expanding cooperation to provide Russian and Chinese investors with access to stock markets, with Ushakov saying that “particular attention was paid to the need to intensify efforts to form an independent financial infrastructure to service trade operations between Russia and China. We intend creating an infrastructure that cannot be influenced by third countries.”

The move is Russia’s response to threats that the US could push to disconnect Russia from the Brussels-based SWIFT financial system as a form of sanctions, according to Li Xin, Director of the Center for Russian and Central Asia Studies at the Shanghai Institute for International Studies.

“This is why China and Russia need to establish their own financial information transmission systems to protect themselves from the US’ containment,” Li said.

Both China and Russia have independent settlement programs at various stages of implementation. China launched the Cross-border Interbank Payment System (CIPS) in 2015, an independent clearing system with the RMB as the quote currency. Similarly, Russia has been developing its own financial messaging System for Transfer of Financial Messages (SPFS).

Both systems are now in position, making it relatively easy to build an independent Russian-Chinese financial system by linking the two. The next step will be working out which currency – the Ruble or the RMB – will be used as quote currency.

Once such system is launched, it is likely to become popular with other countries that wish to trade with Russia but are disenfranchised by the US, and specifically Iran, who has just signed trade agreements with China and Russia and has long-term strategic development plans with both.

Both countries are also in talks with the development of Cryptocurrencies and other non-SWIFT payment mechanisms with the BRICS grouping as well as the EAEU although technical and political difficulties still need to be resolved. 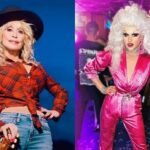 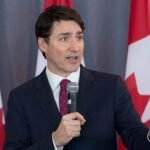