Roger Waters is defending dubbing Joe Biden a “war criminal,” accusing the president of “fueling the fire in the Ukraine.”

“That is a huge crime,” the Pink Floyd co-founder said in an interview that aired Saturday on CNN’s “Smerconish.”

During his latest solo concert tour, the 78-year-old rocker includes an image of Biden in a montage of “war criminals,” with the message “Just getting started” over the 46th president’s face.

Biden has authorized more than $8 billion in security assistance for Ukraine over the course of 17 packages following Russia’s invasion, which began in February, according to White House national security spokesman John Kirby.

Smerconish pushed back on the remarks from Waters, leading to several heated exchanges between the two.

“But you’re blaming the party that got invaded, come on. You’ve got it reversed. [Russian President Vladimir Putin] is at fault,” Smerconish said at one point.

Russian troops invaded Ukraine in February after previously invading in 2014 and annexing the region of Crimea. Putin and Russian media have offered the false narrative to justify the invasion that it was necessary to denazify Ukraine’s leadership, despite the fact that Zelensky himself is Jewish.

Russia has since received international criticism for an indiscriminate bombing campaign that has hit civilian areas in Ukraine hard. Russian soldiers have also been accused of war crimes.

The United Nations General Assembly approved a resolution condemning the invasion and calling for Russia to remove its troops.

But Waters defended Russia in the contentious discussion with Smerconish.

“This war is basically about the action and reaction of NATO pushing right up to the Russian border, which they promised they wouldn’t do when [former Soviet leader Mikhail] Gorbachev negotiated the withdraw of the USSR from the whole of Eastern Europe.”

NATO has taken on the Baltic states and other countries in Eastern Europe once dominated by the Soviet Union as members since the fall of Soviet rule. Ukraine had pressed for NATO membership, another spark in the conflict with Russia, though it was not actually close to becoming a NATO member at the time of the invasion.

Smerconish and Waters also tangled in a discussion about China, Taiwan and human rights.

“That’s been absolutely accepted by the whole of the international community since 1948,” Waters continued. “And if you don’t know that, you’re not reading enough.”

Beijing claims sovereignty over Taiwan, but Taiwan has been governed separate from the mainland in the decades since the end of the Chinese Civil War. Beijing has been on a decades-long campaign to pressure other countries to not recognize Taiwan or risk being cut off from China economically.

Speaker Nancy Pelosi (D-Calif.) just made a controversial trip to Taiwan that angered Beijing and unsettled the Biden administration.

When Smerconish said China was at the “top of the list” of human rights offenders, Waters replied, “The Chinese didn’t invade Iraq and kill a million people in 2003.”

England-born Waters has long been outspoken about his political views. He’s been a fierce critic of former President Trump, referring to him as a “tyrant” and a “mass murderer.”

Libby Emmons: “If a child goes on puberty blockers and then goes directly on to cross-sex hormones & does not go through natural puberty, they will never orgasm” 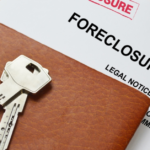 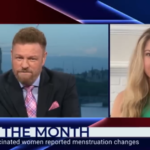