Pharma Eyes Big Profits in Nasal Vaccines — Should We Really Spray Nanoparticles So Close to the Brain?

Vaccine manufacturers set their sights on nasal vaccines at least two decades ago, but so far product development has remained sluggish as scientists acknowledge that only a “thin partition” separates the nasal cavity from the brain.

According to Our World in Data, more than 12 billion doses of COVID-19 vaccine have been administered around the world, all via injection.

Trying to soften up  the American public for an endless parade of COVID-19 boosters and other vaccines, Dr. Anthony Fauci is now alleging the “job is not done” and the jabs “don’t protect overly well.”

Fauci made his “job is not done” statement at a recent White House gathering of scientists, doctors and federal health officials convened to brainstorm “next-generation” COVID-19 vaccines.

Nasal sprays “that people would shoot into their sinuses” are one of the options put forth as a potential game-changer, the theory being that they would offer “easy access to a key part of the immune system” and generate protection that one journalist colorfully described as both a “motion detector” and “alarm system.”

The nasal route offers advantages for manufacturers, too, including “convenience, cost, ease of administration and disposal” — and, at least hypothetically, increased odds children and adults with “extreme fear of medical procedures involving injections or hypodermic needles” will accept them.

Although nasal vaccines have been a glimmer in vaccine manufacturers’ eyes for at least two decades, product development has, for the most part, remained “sluggish,” with scientists citing safety issues and acknowledging that only a “thin partition” separates the nasal cavity from the brain.

Another factor blamed for the “slow progress” of nasal vaccines — and of potential mucosal vaccines involving oral, ocular, rectal or vaginal delivery — is the “scarcity of optimal delivery systems.”

Undaunted, vaccine scientists wedded to a nasal assault are now declaring nanotechnology will save their bacon.

But how are members of the public, even those who are needle-averse, likely to feel about the fact that scientists are quite intentionally engineering supercharged nasal vaccines — and a panoply of other “nose-to-brain” drugs — to circumvent the blood-brain barrier and storm the brain?

It is worth noting that no nasal vaccines have passed muster with the U.S. Food and Drug Administration (FDA) since 2003, when the agency licensed FluMist — the first “live virus” influenza vaccine marketed in the U.S.

FluMist was developed by MedImmune, a company acquired by AstraZeneca in 2007, to mark its “formal embrace of biologicals.”

One wonders whether AstraZeneca considers its FluMist acquisition worthwhile — in 2009, only a few months after the FDA endorsed a swine flu (H1N1) version of the nasal vaccine, AstraZeneca had to recall nearly 5 million doses for reasons of “lost potency.”

Then, during the 2016-2017 and 2017-2018 flu seasons, the Centers for Disease Control and Prevention (CDC) took FluMist off its recommended list because “no protective benefit could be measured.”

Although the CDC resurrected the spray in 2018-2019, after AstraZeneca claimed to have reformulated the vaccine, the agency still stopped short of “explicitly endors[ing]” it.

The Serum Institute of India also makes an intranasal influenza vaccine called Nasovac-S that has given rise to similar reports of “low efficacy” or “effectiveness not yet shown.”

Nanoparticles to the rescue

To better the lukewarm performance of nasal vaccines, vaccine scientists have turned to the use of nanotech-improved delivery systems that enhance antigen stability in the “harsh” mucosal environment.

Nanoparticles and nanoemulsions are core features of the dozen or so nasal vaccines that have made it into preclinical or clinical trials.

Already in 2005, authors were communicating “considerable excitement within the nanotechnology field with regard to the potential use of nanosystems as carriers for mucosal vaccine delivery,” and especially as a strategy for strengthening the vaccines’ “capacity to cross biologic barriers.”

Now, with the Pfizer and Moderna COVID-19 shots having at long last broken the ice with their lipid nanoparticle (LNP) delivery systems, the developers of nasal vaccines are raring to enter the fray.

LNPs are mRNA vaccine makers’ declared solution for their technology’s notorious instability. In nasal vaccines, the use of LNPs or similar “nanosystems” would have the same goals — to “facilitate transport” of the vaccine’s payload across the nasal cavity and protect it “from degradation in the biologic environment.”

Early on, European regulators voiced concerns about the “encapsulation efficiency” of Pfizer’s LNPs, citing evidence from commercial batches that the nanoparticles were doing a terrible job of keeping the mRNA “intact.”

Moreover, scientists openly worried that little was known about “precisely where the liposomal nanoparticles [were] going after injection.”

Subsequent events have proven these Cassandras right, with pathologists not only documenting the crossing of “biologic barriers” but also revealing life-threatening alterations in the brain and other organs.

As an otherwise enthusiastic author wrote in 2020, in the journal Mucosal Vaccines, there is little doubt the “inflammatory immune responses” generated by the nose’s encounter with the vaccine antigen “would result in sustained pathologic inflammation.”

Another warning sign comes from testing of mucosal adjuvants (substances added to boost the immune response) in nasal vaccines.

When scientists tried out bacterial toxins from cholera and E. coli as adjuvants, the toxins produced neurological “side effects” like Bell’s palsy. Untroubled, they hypothesized that the bacterial toxins must have been “re-directed into the brain” and that it might not be such a good idea to use them.

Even without the use of potent LNP technology, FluMist — which contains a host of “traditional” vaccine ingredients including MSG, egg protein, gentamicin sulfate (an antibiotic) and gelatin, all associated with post-vaccination anaphylaxis and allergy symptoms — produced serious adverse reactions.

These reactions include heart conditions, neurological problems like Guillain-Barré syndrome, Bell’s palsy, meningitis and acute brain inflammation, and allergic reactions such as anaphylaxis, hypersensitivity symptoms (rapid swelling and/or hives), asthma and wheezing and rash — the very types of adverse events now being reported on an alarmingly widespread scale after COVID-19 vaccines.

And the rise of nanoparticulate delivery systems with “yet to be established” safety profiles introduces a range of new questions about toxicity.

One area of concern is the proposed use of the “stealth polymer” polyethylene glycol (PEG) in nasal vaccines.

Children’s Health Defense issued a series of warnings about PEG months before the authorization of the PEG-containing mRNA COVID-19 injections, calling out the unique PEG-associated risks of anaphylaxis and other systemic side effects.

PEG-related side effects reported in the literature include hypersensitivity reactions, “unexpected changes in pharmacokinetic behavior” (referring to the processes of “absorption, distribution, metabolism, and excretion”), “toxic side products” and “possible accumulation in the body.”

For the biopharma industry — poised to benefit from a large infusion of funding for a burgeoning pipeline of “nasal spritzes” — a rosy future beckons.

A July 2022 discussion in the newsletter BioSpace provided a lengthy list of obscure biopharma players eager to receive government handouts for further work in the nasal vaccine space — which, until now, has largely focused on animal studies.

According to one of the scientists who participated in the White House convocation, Yale immunobiologist Akiko Iwasaki, “It’s very important to note that we need to move quickly to start testing these nasal vaccines in humans, and that requires a significant U.S. government input, both resources and help with manufacturing and delivery as well as acceptance across society.”

Iwasaki — whose Yale website lists “vaccines” as her sole “public health interest” and whose career has been built on awards from the likes of Burroughs Wellcome (which later merged with GlaxoSmithKline), Wyeth Lederle (now part of Pfizer) and Eli Lilly — modestly describes her “prime and spike” method for nasal vaccination (referring to the coronavirus spike protein) as “the future of respiratory virus prevention.”

Iwasaki also received monetary support for CynAxis, “an immunological approach to provide drug access to the central nervous system” by “opening up” the blood-brain barrier.

Meanwhile, Fortune magazine is laying the groundwork for public acceptance by telling its readers to “forget vaccine jabs” because “next-generation COVID-19 pills and nasal sprays are on their way.”

And WebMD fetchingly suggests a “spritz instead of a shot” will soon be available.

Fortune acknowledged, in passing, the hurdle of “convinc[ing] regulators that the new generation of non-jab vaccines are safe.”

However, regardless of regulators’ opinions, the public may wish to think twice before sending nanoparticles — and who knows what else — in the direction of the brain. 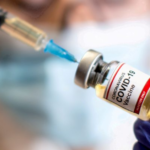 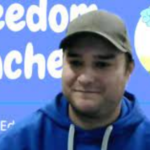 Home » covid » Pharma Eyes Big Profits in Nasal Vaccines — Should We Really Spray Nanoparticles So Close to the Brain?