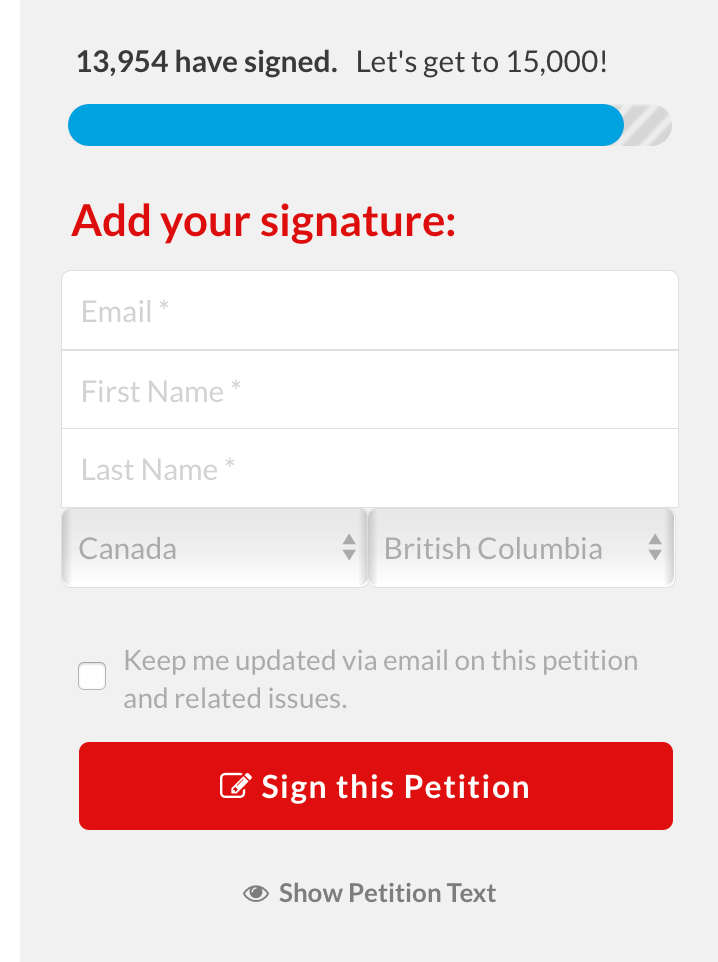 Canadian truckers are fighting back against Justin Trudeau's Covid overreach and medical tyranny, and are giving people across the country -- and the world -- a new voice for freedom!

These truckers, like millions of other Canadians, have been subjected to unprecedented medical coercion, manipulation, and intimidation on behalf of Trudeau’s liberal government, and, with their livelihoods on the line, they have risen to meet the moment by bringing their cause directly to Ottawa in the form of a massive Freedom Convoy!

But, unsurprisingly, they are still being met with resistance by extreme politicians who wish to exercise complete control over these truckers’ — and all Canadians’ — medical autonomy, which is why we’re asking you to show your support for these brave, hardworking men and women by adding your name and your voice to their cause.

Please SIGN and SHARE this petition to Prime Minister Justin Trudeau asking him to back off these truckers, change course in his approach to Covid, and support the medical autonomy of the truckers and all working Canadians going forward.

Like millions of Canadian workers across the country, truckers are being required by Justin Trudeau’s Liberal government to get the experimental Covid-19 vaccine, or face a 14-day quarantine period if and when they cross the border into the United States to make their deliveries.

These truckers were categorized as “essential workers” (which they most certainly are) during the worst days of the Covid crisis, when lockdowns were the universal norm and millions of people were forced out of their jobs and offices. Even so, they remained on the job through it all, ensuring that essentials were available to people in every corner of the country, even when some businesses were shut down and strict rules were in place that made something as simple as grocery shopping a challenge for millions.

In fact, Prime Minister Trudeau went out of his way to compliment these men and women back in March of 2020, tweeting the following:

While many of us are working from home, there are others who aren’t able to do that – like the truck drivers who are working day and night to make sure our shelves are stocked. So when you can, please #ThankATrucker for everything they’re doing and help them however you can.

In fact, But just yesterday, Trudeau went on the record at a press conference labeling these truckers everything from “racists” to “Nazis” in a simply stunning reversal from his earlier comments.

So why the sudden change in attitude from the Prime Minister?

Because, as it turns out, these truckers are refusing to sit idly by while their rights — and the rights of millions of working Canadians — remain under attack like never before, and they are standing up to Trudeau and challenging his government’s radical medical tyranny head-on.

With their livelihoods on the line, these truckers decided it was time to take action.

This past weekend, the #FreedomConvoy led a 50-mile-long caravan of what’s estimated to be thousands of truckers from across Canada to Parliament Hill in Ottawa, where they staged a monumental demonstration to protest Trudeau’s vaccination mandate.

In addition, truckers from across the United States (who are similarly fighting to preserve their own medical freedoms against a power-hungry federal government) also joined the Freedom Convoy to stand in solidarity with their neighbors to the north.

This massive, now-international movement to restore the individual rights of these truckers and all working people after nearly two years’ worth of lockdowns, mandates, and vast government overreach and infringement is taking Ottawa — and all of Canada — by storm.

Look no further than the trucker’s GoFundMe, which has raised $10 million in support of their cause — more than what was raised by either of Canada’s two major political parties during the last financial quarter of 2021.

The grassroots are clearly on their side (and the side of freedom), but even so, Trudeau remains unmoved…

He has dismissed the truckers and their supporters as a “small fringe,” and has even accused the organizers of the Freedom Convoy and its participants of holding “unacceptable views.”

But Justin Trudeau is wrong: These hardworking men and women are not racists or Nazis, and they are certainly not a fringe group — they are patriotic, freedom-loving Canadians who refuse to stand down when being faced with egregious medical tyranny on the federal government’s part, and who are using their constitutional right(s) to freedom of speech and expression to be a unified voice for millions of others faced with similar medical mandates.

And they need our support.

This petition will be delivered, in person, to both Prime Minister Trudeau and the leaders of the Freedom Convoy.

Let’s show Justin Trudeau, once and for all, that the desire to live and work freely is not just limited to a “small fringe,” but rather the inherent right of ALL Canadians and their millions of backers from across the globe — including YOU!

Petition to Stand With The Truckers 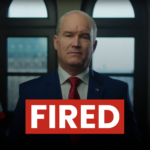 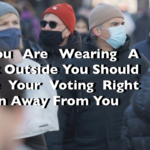