Republican State Representatives Tim O’Neal, Josh Kail, and Torren Ecker detailed the effort to oust Krasner, and why they are confident the move will garner bipartisan support.

“We want to highlight the dereliction of duty that we’ve seen from this district attorney,” Kail told “Fox & Friends First” co-host Todd Piro. “Lives have been lost, property has been destroyed, and really families have been crushed. Enough is enough. And we need to do something, and we need to get back to the basics in this commonwealth and in this nation.”

“Really, we need to get back to law and order,” he continued. “Chaos has had too much of a reign in Philadelphia, and it’s time to stop it.”

The lawmakers introduced the articles of impeachment on Monday, which Krasner called “unconstitutional.”

“It certainly isn’t an easy process, and it’s an extraordinary step,” O’Neal said. “But we’re confident that this is going to be a bipartisan effort. Larry Krasner’s failures as a district attorney in Philadelphia are well known and very public.”

The trio’s effort comes shortly after San Francisco voters successfully recalled former DA Chesa Boudin with 61% of voters wanting him out. He was facing scrutiny over the city’s exploding homeless population and rampant rise in violent crime. 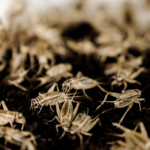