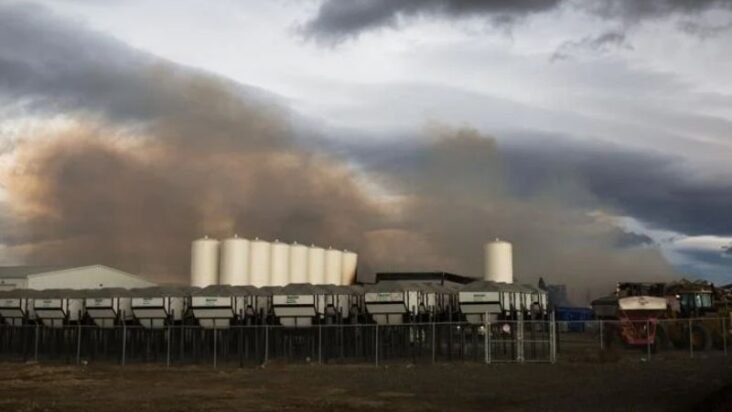 No one hurt as fire rages at fertilizer facility, forces evacuations in Sunnyside

SUNNYSIDE — Although a chemical fire in Sunnyside quickly consumed an industrial building and emitted sulfur-laden smoke throughout the afternoon and evening, Monday’s blaze was caught early enough to avoid injuries and could have been much worse, officials said.

The fire destroyed one storage building on the southeast corner of the fertilizer storage facility in the Port of Sunnyside and damaged others, but adjacent Nutrien buildings and storage tanks containing hazardous chemicals were spared, Anderson said Monday evening.

“It was caught early on — it could have been much worse,” he added.

Nearby industrial facilities in the Port of Sunnyside, including Ostrom Mushroom Farms located immediately south on Midvale, were evacuated, and 18 families living in homes near Interstate 82 also were evacuated as a precaution, Sunnyside Police Chief Al Escalera said.

Sunnyside School District officials said Chief Kamiakin and Pioneer Elementary students sheltered in place due to the fire, with HVAC systems turned off to prevent smoke from getting inside the buildings. Most students were released by 5:10 p.m.

The fire began when workers noticed about 200 tons of sulfur smoldering in the storage building, Anderson said. When thick smoke prevented them from extinguishing the pile themselves, they called the Sunnyside Fire Department at 1:03 p.m.

The storage building contained 1.75 million pounds of mixed components for fertilizers, but there were more dangerous chemicals in adjacent buildings and tanks, and firefighters prevented the blaze from spreading to them, Anderson added.

Firefighters and workers at the Nutrien facility are unsure why the sulfur pile was smoldering, Anderson said.

“Most of those 200 tons (of sulfur) had been there since summertime,” he added. “They received a shipment of sulfur (Monday) morning, and the fire occurred some time after that.”

There was no financial damage estimate as of Monday night. Anderson said he was unsure when the fire would be out, as firefighters were considering letting the remaining chemicals in the destroyed building burn off.

“We’re still trying to determine the best approach,” Anderson told reporters around 5:40 p.m., noting that the dry and liquid fertilizer storage buildings were designed to allow the chemicals inside to burn off.

About 236,000 pounds of ammonium sulfate — “the most dangerous chemical involved in this fire,” Anderson said — burned off early.

Midvale Road was closed from Emerald Road to Duffy Road as firefighters from eight Yakima Valley and regional departments battled the fire, and it was expected to remain closed at least through Tuesday morning, police chief Escalera said.

The Sunnyside Community Center was open Monday evening for anyone who needed a safe space for shelter, including the 18 families whose homes were evacuated, Escalera said. The American Red Cross is assisting at the community center.

It was unclear how many Nutrien workers were on site at the time of the blaze, but officials from the company’s Kennewick location said all were evacuated without injury. No injuries were reported among emergency personnel, Anderson said.

The primary concern moving forward is chemicals that could be in the runoff from fighting the fire, Anderson said, noting that personnel from the state’s Ecology department would be monitoring both the runoff and air quality in the immediate area.

By Monday evening, winds had shifted a bit and were pushing smoke from the fire in an easterly direction, away from the central portion and residential areas of Sunnyside, Anderson said.

The facility is relatively new, opening in the fall of 2018 as a dry and liquid fertilizer storage and distribution center, according to the Port of Sunnyside website. 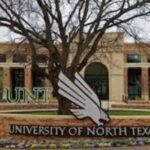 Home » World » No one hurt as fire rages at fertilizer facility, forces evacuations in Sunnyside