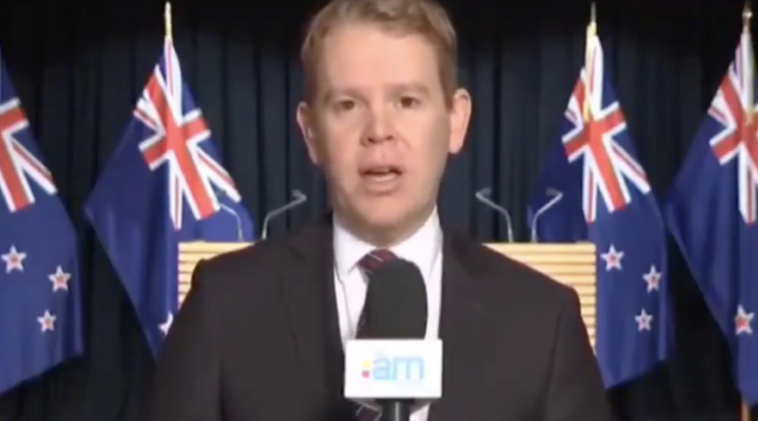 MP Chris Hipkins said Wednesday that the New Zealand government next year will soon start pursuing individuals who haven’t “come forward” to get the experimental jab.

“I think early next year we’ll be in the phase of chasing out people who haven’t come forward to get their vaccination, or missed their bookings and so on,” Hipkins told reporters following a COVID press update.

“So everyone will be able to get a vaccine between now and the end of the year. Of course, I want every New Zealander to come forward, but human behavior suggests that there will be some people that we actually have to really go out and look for, and some of that may spill into next year,” Hipkins said.

“But, our commitment is everyone will have the opportunity to get the vaccine by the end of the year,” Hipkins continued, adding that, in fact, “everyone WILL” get the vaccine.

“But I can’t say that we aren’t going to have some hesitant people or just some people who just haven’t come forward that we don’t have to go out and find next year.”

Biden’s announcement was predictably met with ridicule and warnings not to violate constitutional rights.

As far back as April 2020 during the COVID pandemic Alex Jones said Big Government would use this crisis to institute door-to-door civilian vaccination squads, something that was hinted by Obama as far back as 2008.