Netizens were outraged with Canadian Prime Minister Justin Trudeau for not wearing a mask during a surprise visit to Ukraine, a country with a lower vaccination rate than Canada.

During his surprise visit, Trudeau announced new weapons for Ukraine.

Trudeau also announced the reopening of the Canadian embassy.

According to a report from Ashleigh Stewart of Global News, Trudeau’s trip was supposed to be kept under wraps but the media broke the embargo and photos of him touring the area began circulating.

One photo that sparked outrage online was his visit to Irpin, a suburb of Kyiv, where he was seen maskless.

“I’ve just had the honor of meeting with the Prime Minister of Canada Justin Trudeau, who came to Irpin to see with his own eyes all the horror that Russian occupiers have caused to our town,” the Mayor of Irpin announced.

“And, of course, he was shocked. After all, he saw burned and completely destroyed not military facilities, but the homes of Irpin residents, who until recently enjoyed life and had their own plans for the future,” he added.

Below are some of the comments on Twitter attacking the prime minister.

Earlier this year, Hindustan Times reported that Justin Trudeau reacted to a viral video of maskless flight passengers, saying they are ‘idiots’  and a ‘slap in the face’ to those who have tried to stay safe during the pandemic.

He also revealed that Canada’s airline regulator launched an investigation into the matter. “It’s a slap in the face to see people putting themselves, their fellow citizens and airline workers at risk by being completely irresponsible,” Trudeau said. 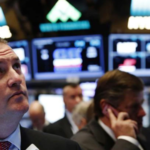 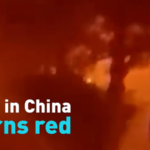