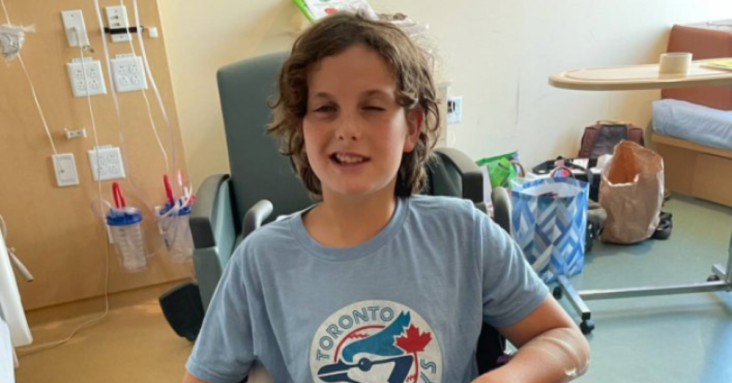 WATCH: There’s been an outpouring of support for a 12-year-old baseball player who suffered a stroke during one of his games. Satchel Tate was playing a tournament in Bridgewater last month when he suffered the medical emergency. As Graeme Benjamin reports, his teammates are using the situation as motivation as the season continues.

There’s been an outpouring of support from across Canada for a 12-year-old baseball player from Hammonds Plains, N.S., who suffered a stroke during one of his games.

Satchel Tate, who plays for the Hammonds Plains A’s in under-13 AA, suffered the medical emergency during a tournament in Bridgewater, N.S., on July 30. His recovery is expected to be lengthy and difficult.

“It’s been scary,” said Nathan Mouton, one of Satchel’s teammates, “but I think we’re getting better and just trying to go have fun on the field and do it for Satchel.”

“We write his number in the dirt, and we all have it on our chest,” said Satchel’s coach, Donnie Leslie. “They’ve just really rallied around Satchel.”

Since the incident, the team says they’ve been overwhelmed with messages from baseball teams and fans across the country. Satchel’s story even caught the attention of his favourite team, the Toronto Blue Jays.

There’s also been a tremendous amount of support locally, with teams Satchel competes against gathering during his games as a sign of unity.

“The fact that Tri-county, which is an amalgamation of Fall River, Bedford and Sackville went to Dartmouth to support my team, that to me was a little bit mind-blowing. It was a tear moment,” said Holly LaPierre, president of Hammonds Plains Minor Baseball.

LaPierre says she personally has been overwhelmed with people reaching out, asking what they can do to help.

“They’ve either been friends for years or have attended past national championships that I’ve run,” she said.

“Those parents have been reaching out to me from Ontario, Saskatchewan, B.C. or Alberta, their daughter or son’s team wanting to send something in.

Satchel remains at the IWK Health Centre, where his recovery is expected to be long and difficult.

“It’s very rare,” said Dr. Sinclair. “Unfortunately in about half of the children, we don’t figure out what the cause is, but there’s a whole variety of rarer diseases that can cause it that usually have some type of change in blood vessels themselves.”

Dr. Sinclair added some children born with heart defects can have strokes. It can even happen to infants.

“Once the children are a little older, the signs and symptoms are exactly the same,” said Sinclair, “so those are the things we warn parents about. The trouble is, it’s just extremely rare.”

For the Hammond’s Plains A’s, right now, the cause is the least of their concerns. They’re just happy their teammate is recovering.

“This team is not a team, it’s a family,” said Chase Leslie, another teammate of Satchel’s.

“I think we’ve showed that over the past couple weeks.” 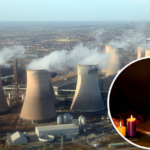 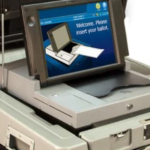