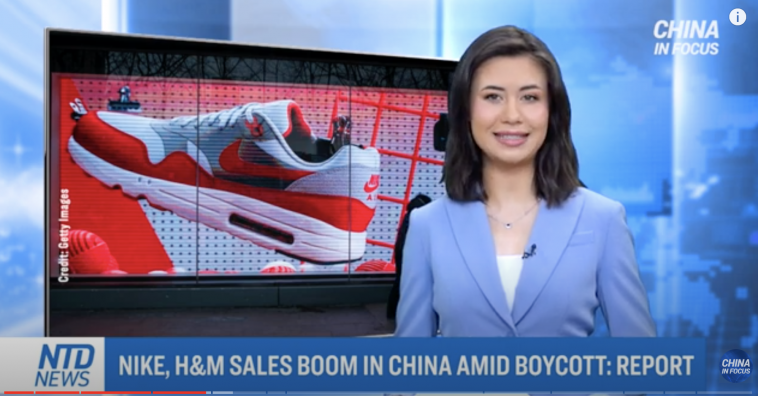 More U.S. and European brands face boycotts in China. But not everyone is buying into the Chinese Communist Party's propaganda narrative.

More U.S. and European brands face boycotts in China. But not everyone is buying into the Chinese Communist Party’s propaganda narrative. China ramps up its criticism of the U.S. to a new level. Its spokeswoman tries to turn around blame over forced labor onto the U.S., citing an over 100 year-old photo of black slaves. The top U.S. diplomat calls on European allies. He says, only when the West cooperates, can they deal with the China challenge. But he’s not asking them to choose sides. The real battleground between Beijing and the West lies in capital and technology. An expert and CEO looks at whether there’s still time to change course. And thousands of workers go on strike in a Chinese city. That’s amid poor working conditions and cut salaries. 00:00​ Intro 00:53​ CCP urges boycott of global brands over Xinjiang 02:12​ China uses 100yo U.S. slavery photo as ammunition 04:18​ Nike, H&M sales boom in China amid boycott: report 06:03​ More US-NATO cooperation amid China challenge 07:39​ Chinese firms slump as delisting law starts 08:12​ How U.S. investment fuels China’s military 14:04​ Magnitsky act expiring, may get renewed 16:03​ Thousands of workers protest for basic rights 18:11​ HK clinic recommended non-Chinese jab, penalized 19:21​ Beijing pressures Paraguay to cut Taiwan ties 20:16​ North Korean missile launch tests Biden