Dutch farmers have been blocking highways, supermarkets and food distribution centres for the past week over a policy that is similar to what we could soon see in Canada.

In fact, if Justin Trudeau isn’t careful, the next protest he sees might be tractors and farmers rather than truckers.

Farmers across the Netherlands are protesting rules that will require them to reduce nitrous oxide emissions by 50% by 2030. It’s a move to reduce greenhouse gas emissions but also one that could see them lose money, have lower crop yields or force some farms to close for good.

In Canada, the Trudeau government is moving forward with a plan to reduce emissions from fertilizer by 30% to help meet Canada’s greenhouse gas emissions targets. For most farmers, that means reducing fertilizer usage by 30%, which means lower crop yields, lower income for farm families and higher prices for families at the grocery store.

There are fertilizers that have a smaller GHG footprint, but they cost more, don’t increase crop yields in the same way and, in some cases, see plastics injected into the soil as part of the slow release formulation. Industry groups say they were not consulted before the Trudeau government pulled the 30% reduction target out of thin air and that there has been no analysis and no modeling provided to farmers or industry groups.

While still described as a voluntary reduction, those in the agriculture sector say they don’t feel the government understands the way things work. Bureaucrats talks as if farmers across the board are using far more fertilizer than they need.

While best practices can always be improved, most farmers aren’t spreading fertilizer across the their fields like your Uncle Bob does after a sale on lawn fertilizer at Canadian Tire.

“I only use as much as I need to grow the crop,” one farmer in Southwestern Ontario told me Thursday.

“You can only afford so much of this,” said another farmer from Saskatchewan.

Now comes the federal government, who on the one hand wants Canadian agricultural products to become a major export but on the other hand wants to impose rules that will drop yields for famers and raise costs for consumers.

A study by Fertilizer Canada, found that the impact would be significant on farm family income.

The industry has been trying to tell the Trudeau government that they are willing to do their part to reduce emissions but that they should be looking at a reduction in emissions intensity instead of a hard cap on emissions. That means the GHG emissions per bushel of crop or acre of land farmed would go down even if total emissions from farms did not.

That would mean no reduction in farm outputs and perhaps even an increase in yields at a time when the global food supply is up in the air due to the war in Ukraine and other factors.

So far, the Trudeau government hasn’t shown any interest in those arguments. They want a total reduction, and the fear is that the “voluntary” reductions on the table now will become mandatory in the near future.

At that point, expect to see tractors become a protest symbol in Canada as they have become in the Netherlands. 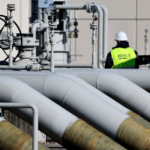