ALBANY, NY – The Democratic Governor of New York has decided that her focus should be on making criminals feel better instead of lowering the rising violent crime rate in the state.

As a result, she has signed a new law requiring criminals no longer be referred to as inmates, but rather “incarcerated individuals.”

Of all the things that the New York State legislature could do, like work on rising costs, living conditions, and the violent crime rate, they decided it was best to spend their time making incarcerated people feel better.

After all, who wants a criminal with a complex?

New York Governor Kathy Hochul embraced the change when she signed the legislation into law. She said that the terminology was necessary to “reduce harmful stigma against incarcerated people by correcting outdated terminology.” She said:

“In New York, we’re doing everything in our power to show that justice and safety can go hand-in-hand.

We can make our streets and communities safer by giving justice-involved individuals the chance to complete their rehabilitation programs and work at the same time.

By treating all New Yorkers with dignity and respect, we can improve public safety while ensuring New Yorkers have a fair shot at a second chance.”

The bill was sponsored by Democratic New York Senator Gustavo Rivera who also believes that somehow not referring to someone who is in jail as an inmate will magically reduce crime. He said:

“For too long, we as a society have thought of incarcerated individuals as less than people. The use of the word ‘inmate’ further dehumanizes and demoralizes them.

This is another concrete step our State is taking to make our criminal justice system one that focuses on rehabilitation, rather than relying solely on punishment.”

“I commend Governor Kathy Hochul for signing this very important piece of legislation, one of the things we need to do better is reintegrate those coming from correctional facilities back into society, this bill will allow those individuals to have both full-time gainful employment of academic responsibilities to be able to still fulfill their obligations by using their nights and weekends to meet their obligations.”

Using a term such as “incarcerated individual” recognizes the humanity of people and exemplifies the redeemable value of human beings.

This new law seeks to correct outdated terminology that adversely impacts an individual’s transition back into their new community.

While the Democrats somehow believe the word change will somehow make the streets of the state safer, they are seemingly not addressing the rise in violent crime.

According to the New York Police Department statistics, homicides, rapes, assaults, and robberies are on pace to break the levels in all of 2021…just midway through the year.

LOS ANGELES, CA – According to a report from Fox News, the Los Angeles City Council has approved more funding for police officers in Hollywood in an effort to combat the spike in violent crime.

On Wednesday, August 10th, the city council members approved funding for more police patrols on the streets of Hollywood to address the rise in crime.

For example, a pair of incidents that happened within weeks of each other in June where a man was shot and killed following an altercation, and two people were fatally shot just feet from their children by one of their current partners.

In another example, a man fired several shots from an apartment balcony near the Hollywood Famers Market. Robbery and theft have also increased, jumping by nearly 20 percent and 25 percent, respectively.

The Los Angeles Police Department (LAPD) has warned the public of follow-home robberies, a recent trend that contributes to the 19.4 percent increase in robberies and the 24.7 percent jump in reported thefts.

The City Council has signed off on a motion by Councilman Mitch O’Farrell to give an additional $216,000 to the LAPD’s Hollywood Division to add additional officers to patrol the streets. O’Farrell said in a statement:

“Today’s unanimous approval of enhanced safety measures in Hollywood will make a world of difference for residents, workers and visitors impacted by crime.

We’re investing in a holistic approach to public safety. One that brings unarmed service providers, residents, businesses and LAPD to the table so that we can create safer neighborhoods and communities.”

The demand for public safety has exceeded the available resources in Hollywood and that is why O’Farrell put forth the motion. The motion said, in part:

“Hollywood is as diverse, if no more, than any other part of the city itself, and having more resources concentrated in this area would be beneficial to ensuring public safety, particularly to the most vulnerable of society.”

“If you plan to come to Hollywood to commit crime, you are not welcome. All Angelenos should feel safe where they live and work.”

“People need to feel safe when they’re in Hollywood. We’re thankful to Council Member O’Farrell for these additional resources and look forward to quickly putting them to use to prevent, deter and address crime.”

About a week before the City Council approved the increase in funding for LAPD, the department shifted about 200 officers to Hollywood as residents continued to report a spike in crime.

To many, Hollywood is known around the world as the entertainment capital, but locals see it as a place where violent crime often supersedes its glitzy reputation. Cathy Hood, a resident said:

“I’m here as a resident, a concerned resident. I don’t feel 100 percent safe.”

Complaints like hers are what spurred the LAPD to add hundreds of officers to Hollywood in a force ramp-up that began nearly seven months ago. Chow said:

O’Farrell said that criminals may have the perception that local prosecutors are not going after them, but stated that is not the case. He said:

Want to make sure you never miss a story from Law Enforcement Today?  With so much “stuff” happening in the world on social media, it’s easy for things to get lost. 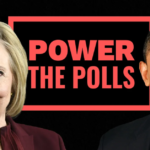 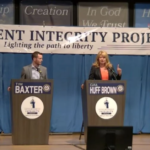